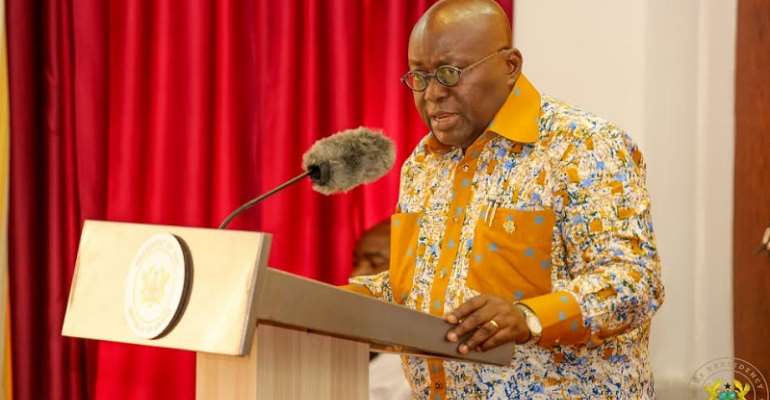 President Akufo-Addo has announced a tax holiday for health workers in the country for the next three months beginning April.

The President made this known during his fifth national address today, Sunday, April 5, 2020, where he updated Ghanaians on the fight against the spread of the novel Coronavirus disease in the country.

“Government has decided that all health workers will not pay taxes on their emoluments for the next three months, i.e. April, May and June,” the President said.

He also disclosed that “all frontline health workers will receive an additional allowance of fifty per cent (50%) of their basic salary per month, i.e April, May, and June. The March allowance will be paid alongside that of April”.

President Akufo-Addo also stated that in a bid to protect the lives of the frontline health workers, governemnt had procured some essentials needed by health workers to enable them to discharge of their duties.

“That is why the Government is placing a high priority on the procurement of personal protective equipment (PPEs) for them. Thus far, three hundred and fifty thousand (350,000) masks, five hundred and fifty-eight thousand, six hundred and fifty (558,650) examination gloves, one thousand (1,000) reusable goggles, twenty thousand (20,000) cover-alls, seven thousand (7,000) N-95 respirators, five hundred (500) waterproof gumboots, two thousand (2,000) reusable face shields, two thousand (2,000) gallons of hand sanitizers, ten thousand (10,000) 100ml pieces of hand sanitizers, and five hundred (500) shoe covers have been sent to the regional health directorates, for onward distribution to the district health directorates for use by our health workers in all the districts.”