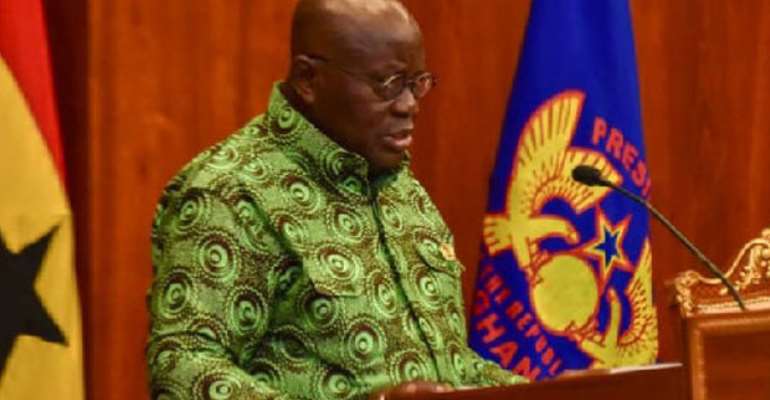 President Akufo-Addo has expressed deep displeasure over the sharing of 'fake' videos suggesting that personnel of the nation's security agencies in charge of the enforcement of the two weeks lockdown are brutalizing innocent citizens.

According to him, the videos that have been shared are old ones and not involving the country's army.

“It is sad, it is unfortunate and it must end,” he said.

The videos are fabricated and aimed at pitching the security forces against the citizenry, according to him.

The President thanked the security forces who was been ensuring the enforcement.