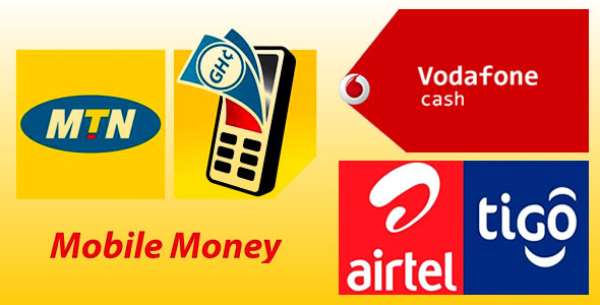 Before I became victim of the mobile money racketeers, I held a false impression that the said victims were probably exaggerating, and how wrong I was.

In fact, the crux of this article is not to denigrate or to bring down any individual or organisation, but it is rather to bring the scheming guiles into the attention of the mobile money companies and to alert the general public of the ongoing duplicities.

In line with the Data Protection Act and in the interest of anonymity, I will deliberately blot out the names of individuals and organisations connected with this case.

In March 2020, I transferred two lots of money via an international money transfer company mobile app to a mobile wallet in Ghana.

The first transaction was around 10th March 2020. Normally, the money is deposited instantaneously into the receiver’s mobile wallet. But it was not the case on that occasion.

So about an hour into the transaction, I contacted the receiver to find out whether he had received the said amount.

Somehow, my nephew did not receive the money instantly as promised. So I decided to find out from the money transfer company in the United Kingdom.

It was at that point that I was told the said money was going to be deposited into the receiver’s wallet the next day.

Regardless of my obvious indignation, I gave the company the benefit of the doubt without hesitation.

However, two full business days passed and the money never appeared in my nephew’s mobile wallet.

On reflection, I lodged a complaint and the company in the UK initiated an investigation into the matter.

The company in the UK completed the investigation a few days later and informed me that according to their partners in Ghana, the money was deposited into the receiver’s account so they could not do anything about it.

Apparently, I was in Ghana at the time and therefore decided to go to the said mobile money company’s office with the receiver to find out what actually happened.

It was at that juncture the representative of the mobile money company told my nephew that there was not such money in his wallet.

Simply put, the money was never deposited in his wallet according to the representative of the mobile money company.

The overarching question then is: who is telling the truth?

Strangely though, the mobile money company in Ghana who supposedly told its partner in the United Kingdom that the money had been deposited into the receiver’s wallet then turned around and told my nephew that there was no such money in his wallet. How bizarre?

Interestingly, the second transfer followed the same pattern as the first. The money never deposited into the receiver’s mobile wallet.

The difference here though, is that about 30 minutes into the transfer, I rang the money transfer company in the UK and requested for an immediate cancellation and refund. But to my surprise, I was kept on the phone for well over an hour with no resolution.

I was told that they will try whether it would be possible to cancel and get a refund since the money was going to be deposited into the receiver’s mobile wallet the next day.

The all-important question then is: why did they refuse to cancel and refund my money at that point?

To cut everything short, the UK company conducted another investigation and came back to inform me that the money was deposited into the receiver’s mobile wallet.

At that juncture, the only avenue left to me was to ask my bank in the United Kingdom to look into the said transfers.

But lo and behold, my bank heeded to the call and made sure that a staggering amount equivalent to GH1600 was transferred into my account.

As I write, I am waiting for another amount equivalent to GH250 to be deposited into my account.

In sum, the mobile money companies cannot and must not sit aloof while some obdurate racketeers are wickedly duping innocent customers.