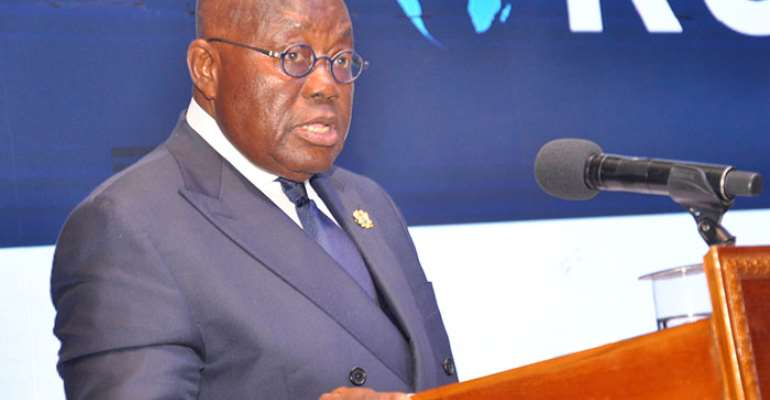 President Akufo-Addo is scheduled to update his fifth update on measures taken against the spread of coronavirus in Ghana.

The address is expected to be delivered around 9pm.

The Rundown So Far

Mr Akufo-Addo delivered his first address to the nation on March 11, 2020 when Ghana had around 57 suspected cases of Covid-19.

A day after that address, Ghana recorded two confirmed cases of the virus.

In his first address, he called for precautionary measures to be observed.

He went on to deliver his second address on March 15, disclosing that he had directed the Finance Minister to release $100 million towards the fight against the virus.

In the second address, he imposed a ban on public gatherings including church services.

The President again held another address on March 21, the third of its kind, ordering among other things, the closures of Ghana borders – land, sea and air – for two weeks.

His fourth address came with an imposition of a two partial lockdown of Accra, Kumasi and Tema.

The lockdown took effect at 1pm on Monday, March 30, this year.

It is yet unclear what measures the President is going to introduce tonight.

Ghana as at April 5, had recorded 214 cases of coronavirus and five deaths.

More Headlines
ModernGhana Links
Your head should be properly examined if you think we'll sit down to be brutalised, murdered in 2024 elections again – Elvis Afriyie-Ankrah
Cape Coast Airport will be constructed at all cost - Akufo-Addo
‘We won but soldiers forced EC to declare results in NPP’s favour’ – Mahama
Komenda factory: "Mahama constructed the roof before building the foundation" - Akufo-Addo
Akufo-Addo commissions Engineering Workshops at Cape Coast Technical University
Komenda Sugar factory to be operational in 2022 — Akufo-Addo assures
Kufuor handed over to Mills, I handed over to you, so prepare to handover to me – Mahama slams Akufo-Addo's 'I'll hand over to NPP' comment
Government’s payroll is full, use your skills to become entrepreneurs – Finance Minister to University graduates
We don't eat dialogue — says JUSAG ahead of nationwide strike
TOP STORIES

Fuel price increases: Akufo-Addo, Bawumia callous about the ...
53 minutes ago

Cape Coast Airport will be constructed at all cost - Akufo-A...
53 minutes ago