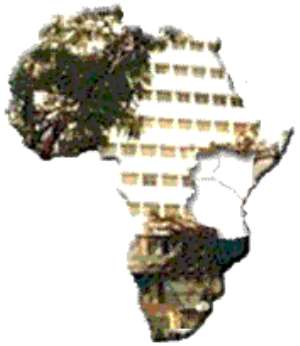 Addressing one of the largest gatherings at an Annual Meetings, Dr Donald Kaberuka, President of the African Development Bank Group, said it was instructive that the meetings were taking place at a time when Africa was enjoying one of the highest moments of attention within the international community.

He said never had the international community been as interested in Africa and to end prevailing pervasive poverty, misery and degradation.

The gathering has the highest number of African leaders to the Meetings with President Ellen Johnson-Sirleaf of Liberia; President Paul Kagame of Rwanda; Mr Charles Konan Banny, Prime Minister of Cote d'Ivoire; President Armando Guebuza of Mozambique and President Blaise Compaore of Burkina Faso in attendance.

Dr Kaberuka said the Bank Group was well positioned to help in developing an effective and sustainable change process aimed at increasing infrastructure, creating employment and providing clean and safe water for the almost one billion people on the Continent.

He said even though there were numerous needs for attention coming from the various regional members, the Bank would remain very focused and sharp on delivering on its mandate.

He said the high international interest and drive to help Africa to meet its challenges, offered them the opportunity to build a new era with each nation playing an effective role.

Dr Kaberuka said he believed that Africa could make it and had just turned the corner towards the home stretch. He said Africa had made significant progress explaining that a few years ago there were six conflicts raging in many parts of the Continent, but today, five of them were out of conflict and democracy was taking roots.

Dr Kaberuka said it was refreshing to note that democracy; transparency and good governance were taking roots on the Continent with economic expansion on the rise.

Most African states grew at an average of five per cent last year. There was a generally sustained low inflation rate and the Continent also had improving terms of trade.

"Mr Kaberuka said even though the five per cent growth was low, "I consider it as positive since it is higher than the population growth rate."

He said the Bank together with the World Bank cancelled a total debt of nine billion dollars adding that even though the measure would not solve resource constraints, it would reduce the shortfall in attaining the Millennium Development Goals set by the United Nations.

The ADB President said the second-generation reform must be to manage budgets while the next, which is crucial, was used well to ensure that 2015 did not become another rendezvous missed.

He called for innovative financing, adequate funding for infrastructure development and a collective effort to build on a supply response.

"My second priority is to ensure that there is good governance and that we improve on our structures at the Bank, make the Bank relevant to medium and large countries and to make the appointment of the new office of Chief Economist a real one."

He said his other objective was to ensure that as a strong Bank, the ADB would deliver and scale up with the designing of informed country strategies for effective development.

He commended the quality of staff, but also announced redeployment as part of the ongoing reforms.

Dr Kaberuka stressed the importance of providing water to Africans, saying that at the moment, over 300 million people were without water. He said it was the objective of the Bank to shift the water coverage from the current 47 per cent coverage to 80 per cent by 2015.

President Compaore congratulated the ADB President for his new direction in making the Bank more responsive to its clients and shareholders. He said he was not pleased about the fragile economies of African nations despite 50 years of independence. These economies had a weak infrastructure base and they were unable to compete in the international market place.

He urged the stepping up of development of human capital and welcomed current reforms in the Bank aimed at boosting investment and increasing savings.

President Compaore said these issues came to the attention of Heads of State at a recent Summit in Ouagadougou, stressing that "Africa must overcome her challenges by establishing politically stable economic environments and instil confidence in her people through good governance practices".