France to test plasma of coronavirus survivors to treat sick 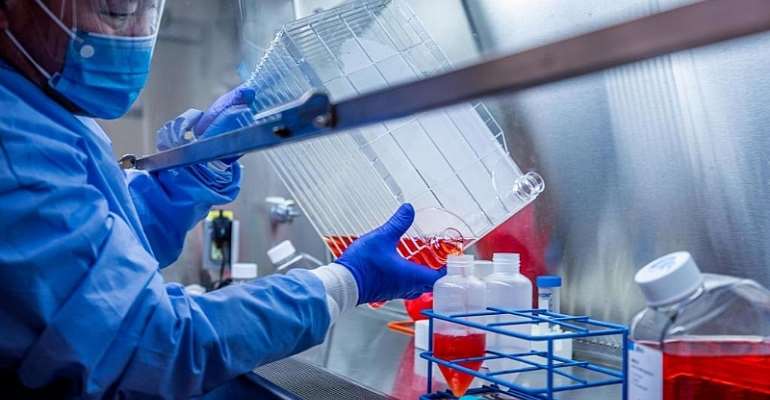 France is to begin clinical trials involving transfusions of blood plasma from coronavirus survivors into patients who have severe symptoms in a bid to treat the illness.

Pharmaceutical companies are also racing to develop a vaccine and treatment for the pandemic, which has killed over 60,000 people since the coronavirus first emerged in China in December.

Blood plasma, the fluid that transports blood cells and is filled with antibodies after an illness, has already proven effective in small studies to treat infectious diseases including Ebola and SARS.

The French trials are to start on Tuesday, according to a joint statement from the Paris hospital authority AP-HP, the national medical research institute INSERM, and the national blood service EFS.

"This clinical trial involves the transfusion of plasma from patients who have recovered from COVID-19, containing antibodies against the virus, and who could transfer this immunity to a patient suffering from COVID-19," it said.

First results
"The plasma of the people who have recovered contains these antibodies that their organisms have developed. These antibodies could help patients in an acute stage of the disease to fight the virus."

The trials will involve 60 patients in Paris hospitals, half of whom will receive the plasma from the persons who have recovered.

It said the first results could be known two to three weeks after the trials.

The US Food and Drug Administration has already authorised physicians to experiment with the strategy to fight the coronavirus. Tests are also being done in China.

Not a vaccine
Plasma can be used for people who are suffering from the illness, but it is not a vaccine and it does not prevent people who don't have symptoms, from getting it.

Chinese virologists assumed that everybody who recovered from Covid-19 disposed of antibodies. When patients recovered, their plasma was taken and used on people who were still suffering from the illness, with good results, although definite results have not been published yet.

China has already exported 90 tons of plasma to Italy, which was badly hit by the virus.

High attendance on first day of parliament's 3rd meeting of ...
15 minutes ago