Advance Planting For Food And Jobs For Ghana Beyond COVID-19 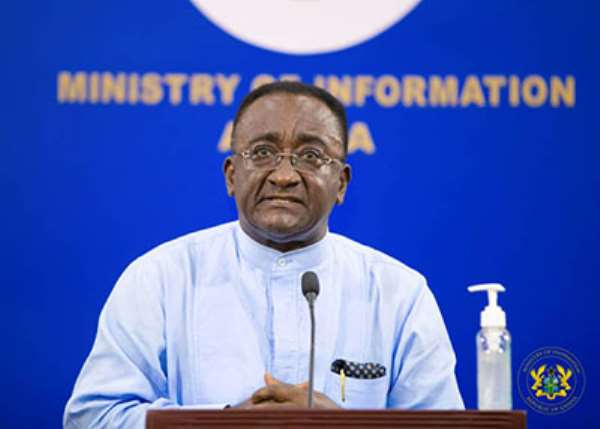 In the wake of the partial lockdown in two major regions, the Alliance for Development and Industrialization, (ADI), is asking the Ministry of Finance to make all the resources available for the growth of agriculture.

These resources would strengthen the operations and output of farmers under the Planting for Food and Jobs, (PFJ) so the country could be assured of abundant food after the COVID-19 crisis.

“We want to reiterate that the government needs to release funds for the rural folks to continue with their farming activities which would reduce rural-urban drift,” it said.

The ADI, after its preliminary assessment of the scary COVID-19, is predicting that there would a major food crisis, if the Ministry of Agriculture and the Finance Ministry failed to take pragmatic measures to address the needs and challenges of farmers under the Planting for Food and Jobs (PFJ) program.

In a statement issued in Accra and signed by Francis Mensah, the Convener of the group, the likely scarcity of food after the CIVID 19, may lead to commodity price inflation. Food inflation has been in single-digit for the past six months or so which has resulted in lower inflation for the country. However during the recent partial lockdown, prices of food commodity went up astronomically due to panic buying which may not drop now.

The partial lockdown has resulted in the rise of food consumption within households and may exert some pressure on the available food in the system.

“Some farmers have hidden their food stuff because of this pandemic and want to sell them off at higher prices within the crisis period, but beyond the crisis period where are we going to get the food to buy. If care is not taken, by the end of September this year there would food scarcity in the country” it said.

This is why the ADI is asking the Finance Ministry to release resources for quick cultivation and harvesting of commodities like rice and maize. “Let’s not use the crises to lose sight of our immediate needs to stabilize our commodity stocks.

For example, for protein crops like sorghum millet, soya beans which are grown in the Northern part of the country, we should expect these crops to be grown in Bono and Ahafo regions of the country, so it can be abundant”, it said.

“The government should also take steps in making sure that stable crops’ affordability availability and accessibility is guaranteed, which would help check food inflation.

The government must consider post-harvest handling, packaging, storage, bagging and processing of these crops”, it said.

“Other countries may suffer because of the flow of food and this is a golden opportunity for us and we need to take advantage of it”, it said.

“Let’s allow our farmers to start farming and educate them more to keep washing their hands with soap under running water as well as the use of hand sanitizer”.

Additionally, the government must also allow institutions who deal in agricultural inputs and related materials to be allowed to operate, so that the farmers would not lack any material during their preparation and cultivation of farm produce.