Lockdown will hit Nigeria's smallscale entrepreneurs hard. What can be done

By Tolu Olarewaju - The Conversation 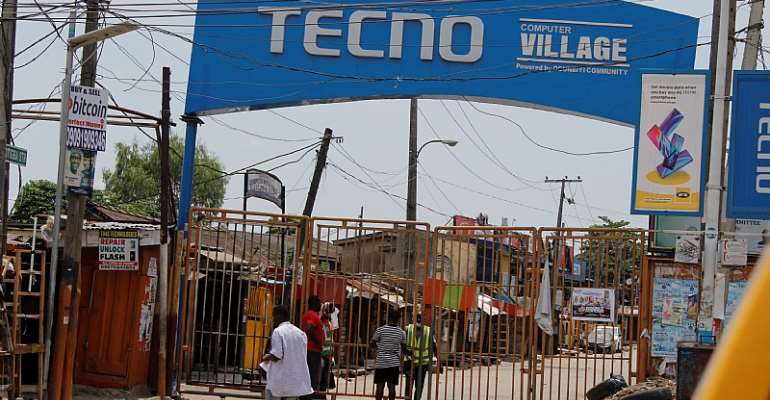 Nigeria has announced a lockdown of three major states, Lagos, Ogun and Abuja, to curb the coronavirus pandemic . Those that will be affected the hardest will be households that rely on the day to day activities of self-employed individuals for consumption.

Lagos is the country's major economic centre as well as its financial capital. Ogun state borders Lagos state to the south and is notable for having a high concentration of industrial estates and being a major manufacturing hub. Abuja is the seat of government.

Nigeria is one of many countries to shut down economic activities to prevent the rapid spread of the coronavirus pandemic. Most, especially developed nations, have implemented economic support measures to mitigate the impact of lockdowns on their economies.

In his speech to the nation , the Nigerian President Muhammadu Buhari, acknowledged that the restrictions may make it hard for people to feed themselves and so “relief materials” would be distributed to communities around the states affected.

But the Nigerian government will have to take into account the country's peculiar economic circumstances when it implements its mitigating measures. In particular, it must bear in mind the millions of Nigerian households whose livelihoods depend on the self-employed and small scale entrepreneurs.

This generally agrees with the figures from the National Bureau of Statistics , although it should be noted that the unemployment rate in Nigeria has recently gotten worse and the national unemployment rate doesn't reflect the situation in individual states.

Own account self-employment occurs where a self-employed individual essentially works for himself or herself with no employees. It is possible that many are in this category because of the scarcity of paid work. This means that the true unemployment figure might be higher.

At least, however, these individuals are engaged in some sort of economic activity.

Own account self-employed workers and employers usually work in the agricultural, services, and manufacturing sectors. Some of them have formalised businesses but a majority of them work in the informal sector .

Paid workers were typically the second-highest contributors to household consumption especially for wealthier households, while poorer households tended to rely more on the activities of own account self-employed individuals.

There will be significant consequences for household consumption in the cities that are under lockdown.

Read more: Lagos' size and slums will make stopping the spread of COVID-19 a tough task

Loss of income will be the immediate concern for individuals who have been contributing to household consumption through their entrepreneurial activities and engaged in hand-to-mouth self-employment.

It will be hard for such individuals to participate in the lockdown when their households depend on them for consumption.

The governor of Ekiti state announced a lockdown and announced the reactivation of the state food bank. Ekiti state is also considering providing a stipend to self-employed citizens whose daily incomes would be interrupted.

This is a positive development and should be followed through. Other state governments should also take note and do the same if they lockdown their self-employed workers.

The Lagos state government has announced an emergency food response but has not gone as far as talking about a self-employment stipend. It would be beneficial to follow the steps of the Ekiti state government, especially if the lockdown is extended.

Nigerian entrepreneurs like Mike Adenuga and Tony Elumelu have donated large sums of money to catalyse a comprehensive pan-African response to fight the pandemic. A sizeable chunk of those donations has gone to the Lagos state government. It would be useful if some of this went to self-employed individuals who are the lifeblood of cities like Lagos.

Entrepreneurs who are employers also need help because they face a double whammy in this scenario. They have to pay the income of their employees at a time when their customers have been told to stay at home.

In addition, their tax burdens have not been reduced. Nigerian entrepreneurs are subject to a plethora of taxes, including, for example , Pay as You Earn , corporate income , land use , and a recently increased VAT tax , to be paid by employers in Lagos.

This is in an environment where the transaction costs of doing business are already high due to the lack of adequate infrastructure and endemic corruption .

It will be beneficial if the tax burdens for employer entrepreneurs were reduced to ease their problems and help them pay the salaries of their employees during this trying period. This will also help reduce job losses and redundancies to paid workers as has been seen in China .

Read more: Nigeria relies heavily on drug imports. Why this is worrying in the time of COVID-19

In summary, the federal and state governments in Nigeria should provide creative economic solutions. Other African governments can learn from these suggestions too.

Tolu Olarewaju does not work for, consult, own shares in or receive funding from any company or organization that would benefit from this article, and has disclosed no relevant affiliations beyond their academic appointment.