Togo Suspends 2 Papers After French Complaint, And A Third For Criticizing Decision 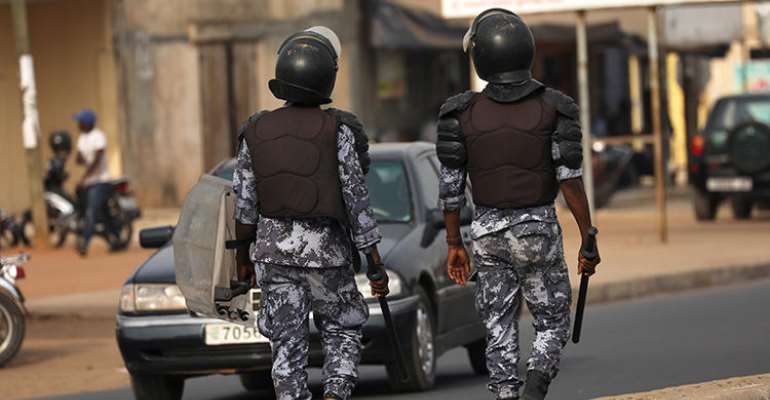 Authorities in Togo should lift the suspensions of the Liberté, L’Alternative, and Fraternité newspapers and ensure all media are free to cover politics and all other newsworthy topics, the Committee to Protect Journalists said today.

Togo’s media regulator, the Broadcast and Communications High Authority, ordered the privately owned daily Liberté and biweekly L’Alternative to suspend publication on March 23, and ordered weekly Fraternité suspended on March 30, according to copies of the suspension orders reviewed by CPJ.

The orders require Liberté to suspend print and web operations for 15 days, and L’Alternative and Fraternité for two months each.

The orders suspending Liberté and L’Alternative referenced a March 6 complaint filed by the French ambassador to Togo, Marc Vizy. The complaint, a copy of which CPJ reviewed, was published on embassy letterhead and alleged that the papers had published “serious, unfounded, and calamitous” accusations against the French government.

In its order suspending Fraternité, the regulator cited a March 25 report in the paper criticizing the suspensions of the other two newspapers, and alleged that the report was “discourteous, insulting and defamatory.”

“Togolese authorities’ suspension of Fraternité, Liberté and L’Alternative over their coverage critical of French and Togolese authorities is grossly irresponsible given the public health crisis the country is facing,” said Angela Quintal, CPJ’s Africa program coordinator. “The French ambassador to Togo, Marc Vizy, should withdraw his complaint about the two newspapers and work to encourage support for press freedom, not opposition to it.”

The three newspapers are known for their critical reporting on the government of Togolese President Faure Gnassingbé, who has been in power since 2005 and won a disputed re-election in February, according to news reports .

All three outlets had recently been reporting on the coronavirus pandemic, according to L’Alternative editor-in-chief Isidore Kouwonou and Liberté director Médart Ametepe, both of whom spoke to CPJ via messaging app, and reporting published on Fraternité’s website.

Vizy’s complaint, printed on French embassy letterhead, referenced an article published by Liberté on March 3 titled "Marc Vizy, the other enemy of democracy in Togo,” which alleged that Vizy had sided with Togo’s government against its people. The complaint claimed that Liberté had made unfounded accusations against Vizy, “and therefore, through him, against the country he represents in Togo.”

The complaint also referenced an article published in L’Alternative on February 28 titled “Françafrique and support for dictators: Franck Paris, the intriguing,” alleging that Paris, the French president’s adviser for Africa, supported autocratic regimes on the continent. Vizy claimed L’Alternative had made unfounded accusations against Paris “and therefore, through him, against the president [of France] himself.”

On March 16, the Broadcast and Communications High Authority summoned the papers’ leaderships to discuss the complaint and said that the reports contained insufficient “veracity” or supporting “evidence,” according to the suspension orders.

Kouwonou told CPJ that he told the regulator that his paper was willing to include Vizy’s reply to the article in question. However, Vizy wrote in his complaint, “I do not request the right of reply,” and called on the regulator to sanction both papers.

Kouwonou said that the regulator asked him to print a correction to the article, but he refused.

When CPJ called the French embassy in Togo, an embassy representative declined to comment.

CPJ called the French Ministry of Europe and Foreign Affairs and was transferred to the office of the ministry spokesperson Agnès von der Mühll, but the line rang unanswered. CPJ’s follow-up calls also went unanswered.

CPJ reached Badibassa Babaka, a member of Togo’s Broadcast and Communications High Authority, by phone on March 31, but he said that Willybrond Télou Pitalounani, the regulator’s president, was the representative able to comment on Liberté and L’Alternative’s suspensions.

Reached by phone on April 1, Pitalounani asked for CPJ to submit questions by email through the High Authority’s website, which CPJ did the same day. CPJ did not receive a response to those queries.