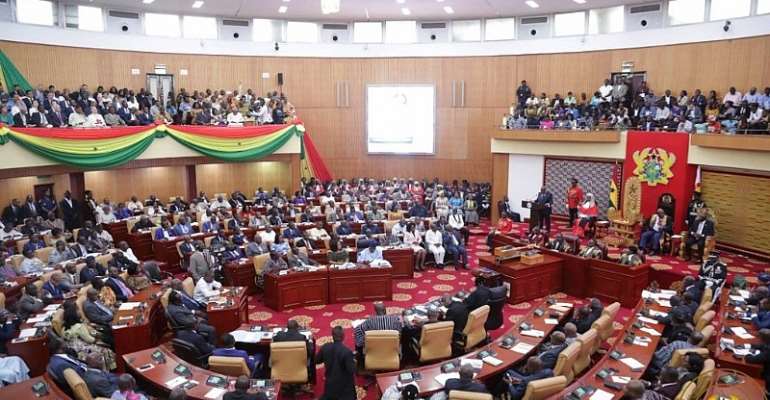 The Ministry of Health has been urged to pay attention to the growing number of cases of Cerebrospinal Meningitis (CSM) in the Upper West Region.

The disease which has claimed some 33 lives in the last few months in the region has not grabbed national attention due to the COVID-19 scare.

About 214 cases of Meningitis have been recorded at some health facilities across the 11 districts of the region.

Presenting a statement in Parliament today, Saturday, April 4, 2020, to rally support for enhanced action, the Wa Central Legislator, Rashid Pelpuo called for the immediate application of known remedies to halt the havoc it is causing in that part of the country.

“Currently there is an infectious disease in the Wa Central Constituency as well as in the Upper West Region as a whole. I wish to call on the Ministry of Health and the government to act with dispatch in providing immediately and adequately the essential grants needed, equipment and appropriate personnel to tackle this thriving danger. This is a crucial time and especially because CSM is a very infectious disease but may be grossed over by the authorities and the people themselves given the present situation we find ourselves,” he espoused.

Meningitis can lead to serious long-term consequences such as deafness, epilepsy, hydrocephalus, or cognitive deficits, especially if not treated quickly

In 2015, meningitis occurred in about 8.7 million people worldwide which resulted in 379,000 deaths.

A total of 33 people have died of Meningitis while some 214 others are under treatment in the Upper West Region.

The Upper West Regional Director of Health Services, Dr. Osei Kuffuor Afreh who disclosed this at a media encounter in Wa today [Saturday] said the situation has become a major health problem in the Region as people fail to report the endemic to health facilities.

“Currently, our region is saddled with two main health problems. The first one is COVID-19 and the second one is Meningitis. So far we have over 214 recorded cases of Meningitis with about 80 percent of the cases coming from four facilities mainly Nadowli, Jirapa, Nandon and the Wa Municipality.”

“We have also recorded about 33 deaths of Meningitis and the deaths are not confined to one particular district or age group. All age groups are being affected and it is one of the serious things. Mostly every year around this time, between November to March, April, we tend to have cases of Meningitis because the risk factors for Meningitis are very high,” Dr. Osei Kuffuor Afreh said.

The disease is an inflammation of the meninges of both brain and spinal cord specifically an infectious often epidemic and fatal meningitis caused by the meningococcus called also cerebrospinal fever.

Some forms of meningitis are preventable by

NDC Dominates Here, If Your Problems Are Not Being Solved, I...
3 minutes ago