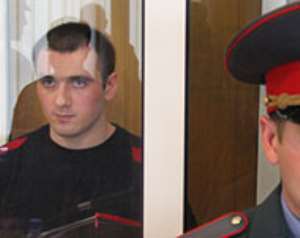 The man thought to be the only surviving member of the group responsible for the Beslan school massacre in Russia is waiting to discover his fate after being found guilty of terrorism.

The reading of the full verdict against Chechen-born Nurpashi Kulayev is expected to take several days.

Judge Tamerlan Aguzarov, who is presiding over the trial in the southern town of Valdikavkaz, will then formally convict or acquit him.

"The court has established the participation of the defendant in murder and attempted murder, in conducting a terrorist act, in taking part in a bandit group, in taking hostages, in illegally storing and transporting weapons," Russian news agencies quoted the judge as saying at the beginning of his summation.

The statement was not a formal verdict but does suggest that Kulayev will be found guilty of taking part in the attack on School no. 1 in Beslan in September 2004 aimed at forcing a withdrawl of Russian troops from Chechnya.

1,300 hostages were seized in the attack which ended with a raid by Russian forces that left 331 people dead, more than half of them children.

Prosecutors have called for the death penalty for Kulayev, who has admitted to participating in the attack but denied killing anybody.

However, it was unclear whether Kulayev could be executed, since Russia imposed a moratorium on the death penalty when it joined the Council of Europe eight years ago.

A death sentence would most likely be commuted to life imprisonment.

"Formally, Russia has the death penalty, the judge has the right to impose it," Sergei Nikitin, director of Amnesty International's Moscow office, said.

"But we have a moratorium, so it will not actually be conducted by the court. Then again, we all know the stories about what happens to imprisoned Chechen fighters who suddenly 'get ill' and die in prison."

Many Russians support capital punishment, and some government officials have proposed lifting the moratorium for convicted terrorists.

"I demand that the scoundrel be shot. He has stolen my future," said Rita Sedakova, 47, whose only daughter was killed in the ordeal.

Kulayev, born in 1980, maintains he is innocent and that he was forced to join the raid.

Many survivors and relatives of those killed in the siege have followed the trial closely in the hope it will reveal the truth about what happened before the tragedy.

Some believe Kaluyev is being made a scapegoat in order to cover up security flaws and other errors by local officials that allowed the attackers to enter the school.

They fear if Kaluyev is executed the full truth will never be revealed.

There are also rumours that other attackers may have survived and escaped in the chaos when the troops raided the school.

"There is hope that he will still tell the truth, and therefore we need him to live," Ella Kesayeva, head of survivors' pressure group the Voice of Beslan, told Ekho Moskvy radio.

"The prosecutor has not dug down to the truth, because they have only one motive - to hide the facts of the security services' crimes... It is not only the terrorists who are to blame in the Beslan tragedy, but also the Federal Security Service."

The attack by armed militants stunned Russia and prompted the president, Vladimir Putin, to push through a raft of new measures that many critics say have been a setback to democracy.