A 63-Year-Old Country? Peace In Positivity Vrs. Peace In Negativity! 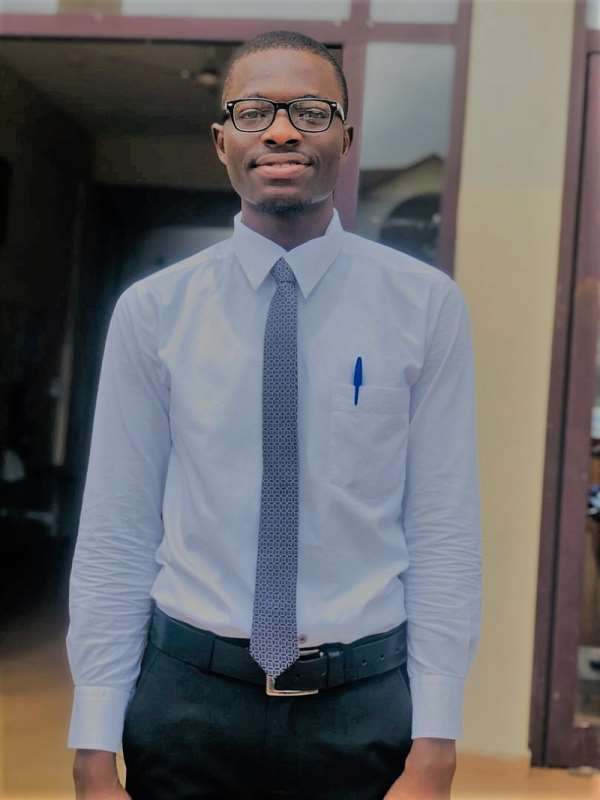 On the 6th of March 1957, the first president of the republic Osagyefo Dr. Kwame Nkrumah profoundly declared Ghana as an independent state. It has been 63 years since then and the country is celebrated as a haven of peace and political stability. To ordinary Ghanaians, independence meant Ghana was now free from the colonial enterprise of barbarism and wickedness.

Are some people left behind in terms of the benefits of our economic growth? These are just a few questions among others that my article would be raising. I would in this article limit the discussions to whether as a 63-year-old country, is the peace we are enjoying coupled with an equalitarian, just, fair, accountable and transparent society?

Anytime I wake up to grace the day of the independence of motherland Ghana with celebrations, my mind never flees from the very pressing issues of equality, justice, accountability, fairness, and transparency. Indeed, Ghana deserves more progressive development than it is experiencing. However, that is not to suggest that no achievements have been actualized at all.

The basic concerns are; have we as a country achieved all these matters of societal interest in reality? Do we have absolute equality in the distribution of our national cake as we celebrate our independence today? As we dwell in the country celebrated globally for its peaceful environment and political stability in terms of diversity and governance respectively, is there justice towards those power and their subjects? How are resources distributed, is it directed towards the poor or the already rich in the society? Are our public administrators and government officials who have been entrusted to serve account absolutely to the public in terms of their spending and dealings?

These pressing questions demand sincere and honest answers. Effectively, until we are able to provide structures that would guarantee the existence and prevalence of all these, we cannot boast of a country of peace in positivity. I’m sure you would be wondering what I mean by ‘Peace in Positivity vs. Peace in Negativity’. The former represents an expression where a country or society can boast of peace not just by the mere absence of wars and violence but also an absolute existence of justice, equality, fairness, and accountability. The former I believe you would know by now, is just to pride over peace by the mere absence of wars while injustices, inequalities and lack of transparency and accountability prevail in great densities. The questions that arise, therefore, are we in the former or in the latter? And what is best for us?

These we can answer by speaking to data and statistics. “Ghana has experienced steadily-increasing growth of over 7% per year on average since 2005. Following the attainment of middle-income country status in 2010 and the discovery of offshore oil reserves, per capita growth in the country has remained relatively high. Despite the growth recorded, inequality has been increasing in the country and poverty remains prevalent in many areas” (Cooke, Hague, & Mckay, 2016). This situation is worrying. Even though we have had economic growth, the riches of the country benefit only a few at the expense of the masses.

It is worthy of notice that, inequality is somewhat married to poverty hence the rise in inequality consequently leads to high levels of poverty. Even instances where economic growth reduces poverty, inequality on the contrary pushes up poverty. According to Cooke, Hague, & Mckay (2016) while growth has driven impressive poverty reduction, rising inequality has indeed reduced poverty reduction. Since 2006, the rise in inequality reduced poverty reduction by 1.1 percentage points, equivalent to maintaining around 289,822 people in poverty since 2006 who could have otherwise exited it. Between 1992 and 2006 this effect also reduced poverty reduction efforts by 2.5 percentage points, equivalent to 555,422 people”. The Ghana Statistical Service (GSS, 2018) revealed that, “Extreme poverty (people unable to meet their basic food needs) declined from 8.4 percent in 2012/13 to 8.2 percent in 2016/17. In absolute terms, more Ghanaians are living in extreme poverty: the number of people living in extreme poverty increased from 2.2 million in 2013 to 2.4 million in 2017, based on the 2010 projections”. It is crystal clear from the analysis that, the country’s economic growth is not inclusive and a chunk of the population still suffer and have no access to basic needs. It is therefore recommended that, government in its quest to combating inequality and reducing poverty must include among other things effective policies that will uplift the poor from poverty. This the government can do by either creating other policies in addition to the LEAP or increasing the amount of money allocated to be disbursed to the beneficiaries enrolled into this program.

Our justice system is undoubtedly questionable. How are top government officials’ cases investigated relative to the ordinary person like you and me? Even after a shallow investigation which they may beautifully call a successful one, are these same people punished in accord with the standard principle of justice and the rule of law? It seems in Ghana due to the collective corrupt practices, we have lost our ethical standards and moral principles. What is more revealing is the fact that, most if not all of our entrusted public servants including the officials in the justice system claim to be religious people. Yet they do and practice what is contrary to their respective religious tenets and beliefs. It is true that both Christianity and Islam preach justice and egalitarian society, however people in power and in authority who constantly go to church and mosque act otherwise without resort to these fundamental teachings. Is it that we are unethical or weak in our religiosity? That is another subject for discussion.

During the time of colonization, our leaders agitated that the whites were being unjust and that we were being treated inhumanely. Sixty-three years after independence, the injustices seem to be carried out by our own leaders. Corruption indices remain absolutely high from one administration to the other. Cases investigated, sometimes delayed. Reports published, sometimes not. Prosecutions not being carried out as expected. It is revealed that, “Ghana loses close to US$3 billion to corruption annually” (LJUBAS, 2019). This obviously causes a lot of hardship and unemployment in the country. People become jobless due to the corrupt practices prevalent in our country. The question is, are those involved properly brought to book to face the law as stipulated? People deserve better lives and better treatment. We cannot boast of a peaceful country when these injustices which are far more harmful and destroying than war characterized by arms and weapons prevail. People become jobless and homeless and are exposed to perish in poverty because of corruption and injustice.

At the time of colonization, our leaders resisted colonial rule, insisting that the foreigners took over our resources and were mismanaging them without accounting to the people. Indeed, all these reasons for the agitation and resistance which culminated to the independence were genuine and legitimate, but our leaders in Ghana and Africa at large failed us. Our leaders developed high taste for power not for the sake of the people but for their selfish interest and gains which in 1966 instigated the overthrow of Kwame Nkrumah. We took over our resources, became masters of policy formulation and implementation, built structures and institutions to assist in governance processes, start revenue generation and mobilization but to no avail. As I stated earlier, my arguments are not to suggest that nothing have been achieved at all, however I feel that Ghana and Africa could have been a better well managed place in terms of development. In fact, our leaders today are just producing a replica of what the colonizers did. Accountability in its full sense is lacking. Even as part of the fundamental components and principles of our democracy, we have not fully benefited from its architecture. Public officials who are entrusted to serve make deals and sign contracts behind doors which cause financial losses to the state. People spend money unwarrantedly and go scot free without accounting to the public. These people suffice it to say, are the same engineers of bribery and corruption. According to the Auditor- General Report, 2018 a total of GHC9 billion have been spent from 2014 to 2018 by government officials without proper accountability to that effect. This is absolutely unacceptable.

We have therefore noticed with concern this character of non- accountability on the part of government officials and institutions at large. If people in positions continue to spend money without accounting to the public, then accountability as part of our democracy is in vain, worthless and of no substance. We must understand that these huge monies spent have great potential consequences on the lives of people. People are unemployed because there is no money to create enough jobs pay salaries, yet few people have hijacked and hoarded state resources that could have been used to employ and pay decent salaries to many Ghanaians. This only portrays a country of peace but in a negative direction. It is therefore recommended that government must effectively work with the Auditor General Report as it forms the basis for identifying corrupt officials and institutions in order to adequately deal with the accountability scourge.

Finally, our country operates in an unfair environment. Our working system especially the formal sector puts favoritism and nepotism above all else. In fact, these two have become part of our system taking its roots from bribery and corruption. We have characterized most if not all of our formal sector to be family and friendship-based without resort to competence and merits. Family members who are mostly not best fit for a job are chosen over a graduate with all qualifications. Just take look at how payments of monthly salaries are done in the formal sector: politicians receive more than ten times the salaries of teachers and nurses. Yet comparatively, teachers and nurses seem to be more engaged in physical and mental work than the politicians. Now the country is battling with COVID- 19. The work of nurses and doctors are most needed. However, are there any plans to increase their salaries as an incentive to motivate them to stay at work and attend to patients?

The government must, therefore, intervene in ensuring that these people are well motivated by giving allowances and other incentives. Employment on the other hand, especially in the formal sector must be based on merit and competence. There should not be any compromise in granting employment to job seekers.

To conclude, as a country of 63 years old of peace and with figures that indicate economic growth, we should never forget the prevalence and potential consequences of inequality, injustice, lack of accountability and transparency. It is obvious that, juxtaposing the two contrasting phrases thus ‘Peace in Positivity’ vs. ‘Peace in Negativity’, Ghana would have been the best place within the confines of the former but unfortunately we have been conquered by the latter as inequality, injustice among others remain high. We must, therefore, object to the status quo and demand the absolute existence of equality, justice, accountability, and transparency.

Economics and Study of Religions