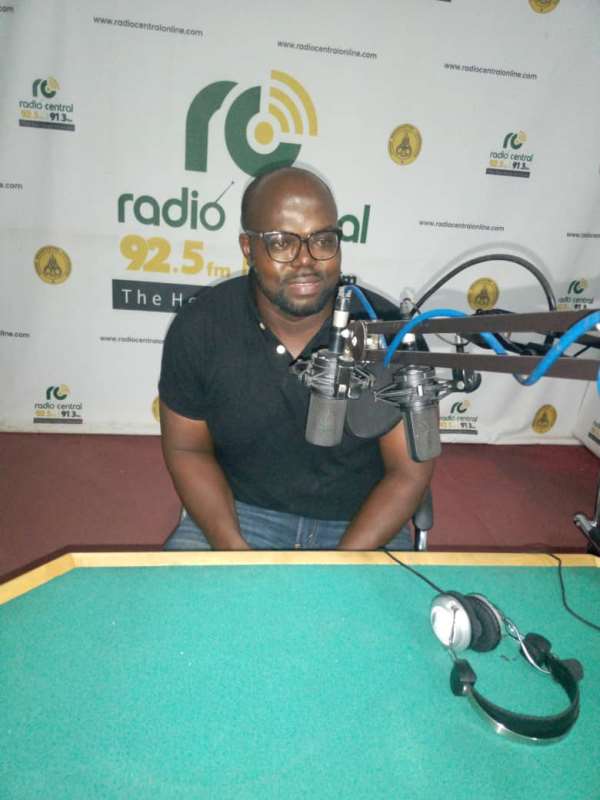 Professor Simon Mariwah who is the Director of the Institute for Oil and Gas Studies at the University of Cape Coast, as well as a Health and Development Geographer with research interests in Sanitation, Waste Management, Health Behaviours and Livelihoods, has underscored that Sanitation issues cost Ghana over $290 million Cedis annually and over 18% of the Ghanaian population defecate outside which equates to about 5.4million of the Ghanaian population estimated at 30 million.

According to Prof. Mariwah, open defecation is the situation where people chose to ease themselves either along the beaches, in the bush, in gutters or behind their houses which is a consistent habit. When asked what description he would give to someone who decides to ease himself or herself in a nearby bush because s/he has developed stomach upset while travelling, he said: "that is open defecation but it may not be counted when calculating people who practice open defecation because it's not a consistent habit of that person and that only happened because the individual had no other alternatives at the moment" .

He explained that the causes of open defecation have cultural, social, spiritual and some economic dimensions to it. He said "culturally within the Akan system toilets were normally built on the outskirts of town and as such people built houses without incorporating toilet facilities into them" . He also added that in some jurisdictions people would defecate outside even if you provide them with toilet facilities. Economically, he added that "some members of society are poor and cannot afford public toilets but was quick to add that those ones are very few and in the minority and most persons who practise open defecation do so because it is an attitudinal matter". On the spiritual side, he said in some parts of Northern Ghana, some people think that defecating in an "enclosed area will strip them of their magical powers and that such individuals would never use toilets no matter the public education that they receive".

When asked by the host why should we worry about open defecation? Prof. Mariwah said it should be of great concern to us as a nation because it has a lot of implication on our health and economy.

According to Prof. Mariwah "between 70-80% of all out-patient cases in all hospitals across our country are related to water, sanitation and hygiene". He said illnesses such as diarrhoea, dysentery, cholera and typhoid are all associated with open defecation and added that "once you get cholera or typhoid it simply means you have eaten faeces" . He added that all these put a burden on the National Health Insurance and increases the nation's health bill.

On the economy, he said if one is sick someone must take care of the sick and if you're a government employee and you stay home to cater for your sick wife or husband or child, it is a cost to the nation. For each day you don't go to work, government loses because you shall be paid for no work done.

Prof. Mariwah said what can be done going forward is that, at the household level, all houses must have toilet facilities and that would be very ideal. On the community level, he said the Assemblies must compel all house owners to build toilets facilities in their various homes. He added that at the national level, "sadly instead of public toilets serving visitors who come into our communities and need such help, now all our public toilets have become communal toilets which isn't good enough but that is the reality in which we find ourselves. He added that "instead of helping and educating people to build and use household toilets, politicians are building communal toilets for communities".

In concluding the discussion, Prof. Mariwah said according to a research conducted by Water and Sanitation Programme in 2011, open defecation costs Ghana US$79 million per year – yet eliminating the practice would require less than 1 million latrines to be built and used. He "urged all of us to be each others keeper and report all recalcitrant citizens to the appropriate authorities for the necessary actions to be taken because the effects of open defecation affect all of us".