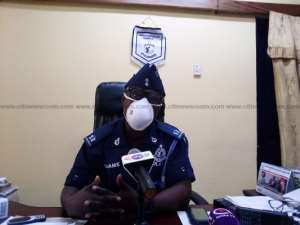 Some 14 individuals in Kasoa in the Awutu Senya East Municipality of the Central Region have been remanded into police custody for defying the rules of the lockdown in Kasoa.

The fourteen were arraigned before the Ofaakor Circuit court presided over by Justice Ebenezer Osei Darko.

According to Superintendent Samuel Odame, the Kasoa District Police Commander, they were arrested in Kasoa after several police interrogations proved that they were only loitering around.

“In collaboration with our military counterpart, the fourteen suspects were arrested by the taskforce and they were found to have committed the offence under the Restrictions Act 10/12 of 2020 and we charged them before court,” Superintendent Samuel told Citi News.

“The fourteen were found at a point close to the Kasoa underpass doing things which had nothing to do with going to get essential services and we had no option than to charge them and put them before the court this morning,” Superintendent Odame said.

Speaking to Citi News in an interview, Superintendent Samuel Odame indicated that the fourteen were acting contrary to the provision of Act 10/12 of 2020 hence their arrest and prosecution.

According to him although there are Military and Police presence in Kasoa, individuals still come to town for no reason.

He cautioned the general public to stay at home unless it is necessary to do otherwise.

“This is something that all of us have to think about seriously and it is in our own interest that we stay in our various homes unless it is very necessary,” he added.

“This will serve as a deterrent to other individuals who come to town without any better reason so it is better to stay at home,” Superintendent Odame said.