The Pettiness Of Hon George Andah Vrs. The Empathy Of Mrs. Gizella Tetteh Agbotui Over Her COVID-19 Benevolent Donations 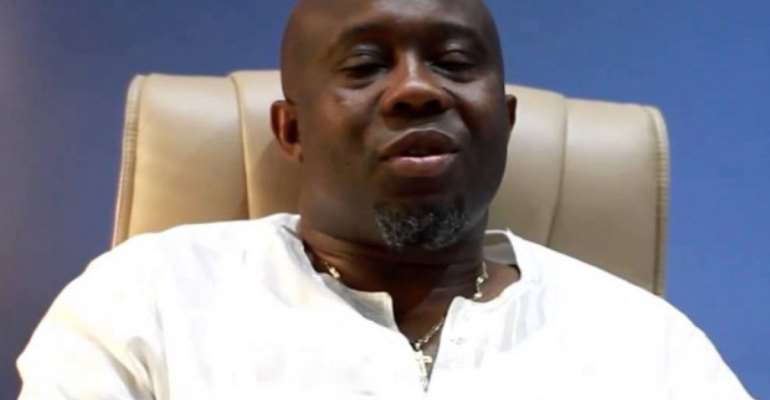 The Awutu Senya West NDC is amused and yet appalled by the malicious, mischievous and self-serving nefarious agenda of Hon. George Andah, MP for the Constituency to use his surrogates and apparatchiks to exude pettiness and deception with the benevolent and heartwarming gesture of the NDC PC, Hon Gizella Tetteh Agbotui to donate some needed resources and the massive education she’s leading in the Constituency to educate the Constituents, which is fortunately been received and acknowledged with gratitude by the people.

It is a matter of public knowledge that Hon. Gizella has worked tirelessly over the years to support the constituency in diverse ways and specifically in order to prevent the spread of the deadly virus.

The initiative of Gizella Tetteh-Agbotui was motivated by her selflessness, zeal, and commitment to contribute to the fight against the spread of the pandemic. Consciously, she made various forms of donations, contributions and continue to do so alongside public education on WHO and GHS protocols regarding the observance of precautionary and preventive measures.

Throughout the period, the Member of Parliament, Hon. George Andah as selfish and inward-looking as he has always been going into hibernation and was shamefully waiting for the Central Government's disbursement of PPE's and items for him to share in the Constituency to score political points. Several appeals were made to him for his support yet he declined with the reason that his money is reserved for NPP primaries.

It is therefore shocking for a Facebook MP who initially and unreasonably declined the call of his constituents for support when the pandemic broke out in view of waiting for the Central Government's disbursement to be downgrading the donations of Hon. Gizella Tetteh Agbotui which she made from her personal coffers.

When his colleague Members of Parliament were all over in their various constituencies showing leadership, Hon. George Andah completely neglected Awutu Senya West and had to be jolted into action by his political opponent, scrambling to assemble some items for donation at the last hour.

It is obvious, Hon. George Andah has seen for himself the dazzling goodwill, affection, and attraction the NDC parliamentary candidate has won as a result of her inherent generosity, empathy and exceptional show of solidarity to constituents welfare hence the machinations to conspire against her donations.

We quickly bring to the attention of Hon. George Andah admonishing him about allegations of himself and that of his surrogates to taint the image of our indefatigable Parliamentary Candidate will not be tolerated as it is a pathetic attempt at pettiness from a politician of his caliber.

He should have realised that the Corona Virus and its harsh effects do not identify party colours and the impact is no respecter of persons, status, gender or otherwise. He and his apparatchiks should show maturity in the fight against this deadly disease in Awutu Senya West.

The NDC will not tolerate any machinations in this crucial time of National patriotism and survival.