Gabon bans eating of pangolin and bats amid pandemic 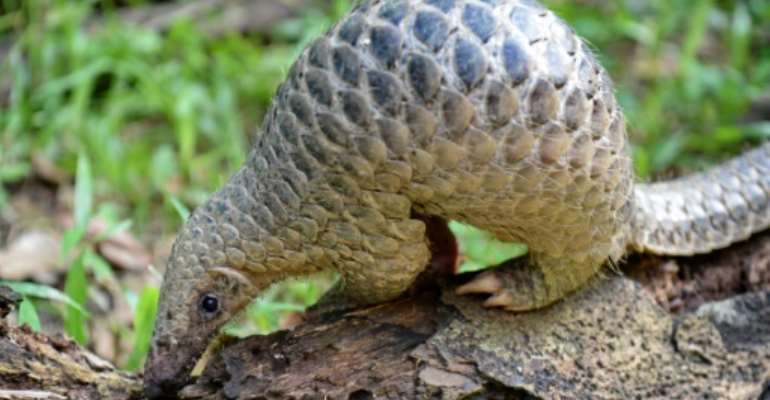 Pangolins are critically endangered and have long been protected, but they are sold in the markets of the capital Libreville and their meat is popular. By ROSLAN RAHMAN (AFP/File)

Gabon's government on Friday banned the sale and eating of bats and pangolins, which are suspected of sparking the novel coronavirus in China where they are highly prized in traditional medicine.

The novel coronavirus is believed to have come from bats, but researchers think it might have spread to humans via another mammal.

Pangolins are critically endangered and have long been protected, but they are sold in the markets of the capital Libreville, as are bats, and their meat is popular.

The central African nation is 88 percent covered in forest and hunting and bush meat have long been a way of life.

The water and forest ministry said the novel coronavirus was a "combination of two different viruses, one close to bats and the other closer to pangolins", and claimed to be quoting a scientific study published in Nature.

Gabon has declared 21 COVID-19 infections, but none from animals, the ministry said.

"A similar decision was taken by the authorities when our country was affected by the Ebola virus -- a ban on eating primates," forestry minister Lee White said.

The national parks agency ANPN announced in mid-March that tourists would no longer be allowed to interact with great apes to avoid any risk of contamination by the coronavirus.

The pangolin, the world's most heavily trafficked mammal, also called the scaly anteater, is believed to have possibly been a vector in the leap of the novel coronavirus from animal to human at a market in China's Wuhan city last year.

Its body parts fetch a high price on the black market as they are commonly used in traditional Chinese medicine, although scientists say they have no therapeutic value.

Gabon has also put in place a raft of measures such as grounding international flights, closing schools and ordering a night curfew to stop the spread of the coronavirus.