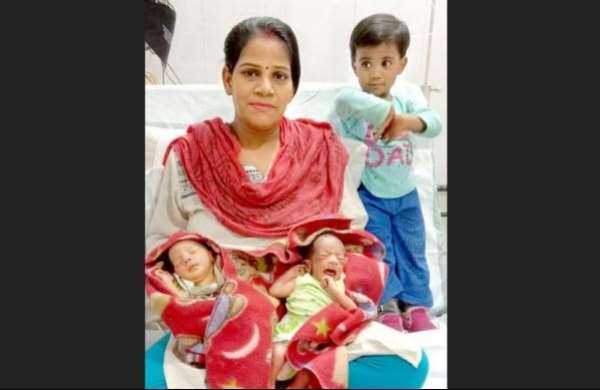 Amidst a lockdown of their country due to the novel COVID-19 pandemic, an Indian couple has named their newborn twins 'Corona,' a boy and 'Covid,' a girl.

The couple based in Raipur, capital of Chhattisgarh, a state in central India, said, to them, the names connote the triumph they had over the hardships they experienced in the build up to the successful delivery which spanned March 26-27. The twins were born in Dr BR Ambedkar Memorial Hospital , a government hospital in Raipur.

However, they may reverse their decision in the future and rename their children, the couple told local media.

“I was blessed with the twins — a boy and a girl — in the early hours (of) March 27. We have named them Covid (boy) and Corona (girl) for now,” Mother Preeti Verma, 27, told news agency PTI.

“The delivery happened after facing several difficulties and therefore, my husband and (I) wanted to make the day memorable. Indeed, the virus is dangerous and life-threatening but its outbreak made people focus on sanitation, hygiene and inculcate other good habits. Thus, we thought about these names,” Mrs Verma added.

“When the hospital staff also started calling the babies as Corona and Covid, we finally decided to name them after the pandemic,” she explained further.

Indian Prime Minister Narendra Modi had on March 24 announced a 21-day lockdown of India's 1.3 billion population in a bid to stem the spread of coronavirus.

Angst has since spiked, forcing Mr Modi to seek the forgiveness of the million of poor people in India. So far, the country has had a reported 2,032 cases and 58 deaths.

The Verma couple had to breach the restriction when Mrs Verma — who also has a two-year-old daughter — began to feel labour pain in the late night of March 26.

“As no vehicular movement was allowed on roads due to the lockdown, we were stopped by police at various places but they let us go after noticing my condition.

“I was wondering what would happen in the hospital as it was midnight, but fortunately doctors and other staff were very cooperative.

“Our relatives, who wanted to reach the hospital, could not make it as bus and train services were stopped due to the lockdown,” she said.

The babies were delivered in the early hours of March 27, within 45 minutes of the couple's arrival, Indian Times also quoted Shubhra Singh, a spokesperson of the hospital, to have said.

“As soon as Verma reached the hospital with her husband, arrangements were made to perform a caesarean section on her as it was a complicated case,” Mr Singh was quoted as saying.