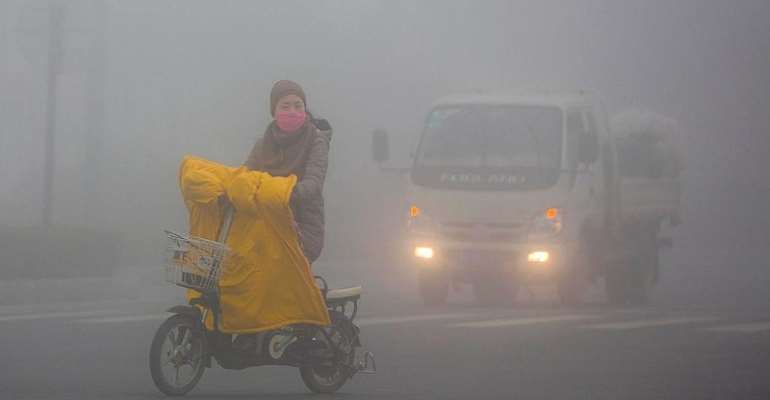 Though scientists expect carbon emissions to fall by 5% in 2020, the coronavirus pandemic is having very little impact on climate change, according to the World Meteorological Organization.

CO2 emissions drop by 5%?
Rob Jackson, a professor of Earth system science at Stanford University in California who chairs the Project, said carbon output could fall by more than 5% this year - the first dip since a 1.4% reduction after the 2008 financial crisis.

"Neither the fall of the Soviet Union nor the various oil or savings and loan crises of the past 50 years are likely to have affected emissions the way this crisis is," he added.

But experts warn that without structural change, the emissions declines caused by coronavirus could be short-lived and have little impact on the concentrations of carbon dioxide that have accumulated in the atmosphere over decades.

Global warming
Any reductions in pollution and carbon dioxide emissions are likely to be temporary, said Lars Peter Riishojgaard, from the infrastructure department of the World Meteorological Organization (WMO), a United Nations agency based in Geneva.

"It does not mean much for climate," he told a virtual press conference.

Riishojgaard said there was a lot of media speculation about what impact the global pandemic might have on the climate, greenhouse gas emissions and longer-term global warming.

“While in the short term, carbon dioxide emissions would go down as cars stay put and aircraft remain on the ground, "we expect the impact will be fairly short-lived," Riishojgaard said.

"The pandemic will be over at some point and the world will start going back to work and with that, the CO2 emissions will pick up again, maybe or maybe not to quite the same level."

'Artificial halt'
Riishojgaard explained that visibility in cities such as New Delhi had improved because there were fewer traffic-emitting fumes, but cautioned that it was only down to an "artificial halt" to normal activity.

"You could see it as maybe science experiment: what happens if all of a sudden we turn the whole thing off?" said Riishojgaard.

"It will lead some people, and perhaps also some governments, to rethink."

He reflected on China shutting down much industrial production during the Beijing 2008 Olympics.

"They demonstrated very clearly that you can absolutely, if you have enough control over the situation, you can turn off the air pollution," he said.

"But I don't think we should claim victory here yet because things will pick up again eventually."