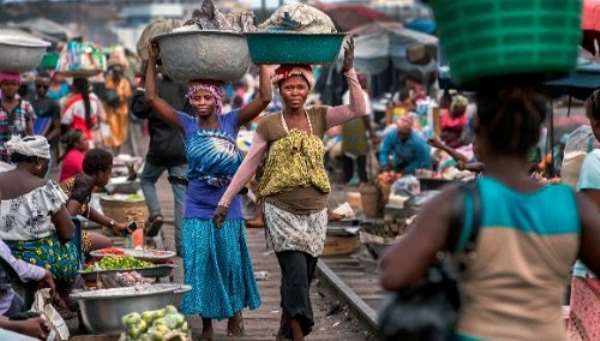 The Northern Development Forum (NDF) is calling for the comprehensive testing of the Coronavirus (Covid-19) disease in targeted head-porters (Kayayei) communities in the Northern Region.

Ghana has not been spared by the global pandemic with a total of 204 confirmed cases recorded in the West African Country as of Friday, April 3, 2020.

As a precautionary measure against the spread of the virus, President Akufo-Addo last Friday, March 27, 2020, announced that there will be a partial lockdown in parts of the country including the Ashanti Region, Great Accra, and Tema Metropolis.

After that announcement, the Kayayei attempted moving from the capital to the Northern Region to join their families due to the inactivity that will leave them with no job to do between the period of the lockdown.

Some of the returnees, according to the Northern Development Forum have joined communities in the Region in areas including Tolon, Savelugu, Nasia, Wale Wale and Nyankpala.

As a precautionary measure against the spread of the Covid-19 disease, the group is calling on the government to undertake a mass testing exercise in these communities.

“We are calling for comprehensive testing of these targeted communities that have received mass influx of KAYAYEE. This, we believe, will also improve the Government’s surveillance tracking for cases”, a statement by the NDF signed by its chairman Major Albert Don Chebe (Rtd) said.

While the group also appeal for increased border vigilance in all the five regions in the North, they have additionally called for fair and equitable distribution of the Personal Protective Equipment (PPEs) to that part of the country as well as other deprived Regions.

Read the full NDF statement on Covid-19 below:

The Northern Development Forum (NDF) would like to commend President Akufo Addo for his decisive and timely response to the global Covid-19 pandemic in Ghana. We see that the measures adopted are very necessary to safeguard citizens from this deadly attack.

Covid-19 has taken the world by storm. In military parlance, it is like the enemy launching a tactical attack that completely paralyzed the entire military response arsenal of the defense side of the belligerent forces. Comparatively, the Covid-19 attack or invasion of Africa and for that matter Ghana, is just beginning.

The NDF has observed thus far, that this pandemic has, once again, exposed the fragility and vulnerability of Ghanaians and in particular Northern Ghana. The most horrendous reports of human suffering as a result of the lockdown has been about the movement of KAYAYEE back home to their communities in the Northern part of the country. Even children were involved in this situation of misery. While we appreciate Government’s effort to mitigate the plight of the KAYAYEI, we wish to make the following observations and proposals:

1. All the five Regions in Northern Ghana have rather porous borders and the officials are few and ill equipped with resources. We therefore appeal for increased border vigilance, including the deployment of the military to augment the efforts of the Immigration Officials and the provision of adequate logistics.

2. It is quite worrying that there is no single approved centre for Covid-19 testing in the whole of Northern Ghana. We are aware of the two Research Centers in Navrongo and Kintampo and other Regional hospitals and wonder if these could not easily be upgraded to undertake testing for Covid-19. This would ease the national burden currently centered in Accra and Kumasi research centers and would enhance our effectiveness and efficiency in the national fight against the virus.

3. We call for fair and equitable distribution of the Personal Protective Equipment (PPEs) to Northern Ghana and other deprived Regions.

4. We have observed that socio-cultural practices and behaviours have a great potential to nullify the national effort at fighting the Covid-19. We call for a targeted support mechanism for Religious and Traditional Leaders in Northern Ghana to engage in systematic efforts at Social Behavior Change Communication (SBCC) on Covid-19 and public health in general to stem the devastating impact of the pandemic.

5. We have noted that, in anticipation of the lockdown of Accra and Kumasi, mass exodus of female head-porters called KAYAYEI, would occur. We know the dominant communities which these KAYAYEI returned. These include Tolon, Savelugu, Nasia, Wale Wale and Nyankpala. In this regard we are calling for comprehensive testing of these targeted communities that have received mass influx of KAYAYEE. This, we believe, will also improve the Government’s surveillance tracking for cases.

6. The NDF also note with particular appreciation the efforts that were made to restrain the Mass movement of some of the KAYAYEI back to Northern Ghana. We know that this is a very difficult decision to make in balancing individual fundamental rights with the promotion of the common good; especially that the fastest way of spreading this deadly disease is through human movement and contact.

7. We cannot talk about vulnerabilities without remembering some of the communities in Northern Ghana that were devastated by rainstorms, recently. We commiserate with the victims for the losses and harm that they have experienced.

We assure the President and Government of Ghana of our fullest cooperation and support in the common battle to defeat the Covid-19 pandemic.