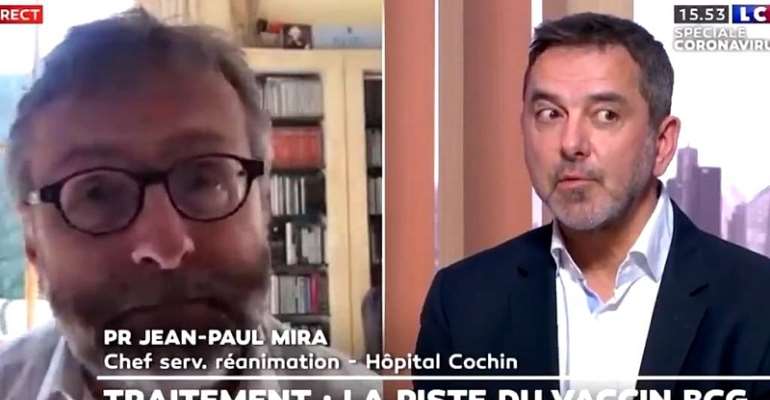 Two French medical experts have been slammed on social media over comments they made on the LCI television news channel about testing coronavirus vaccines on Africans. The suggestion that Africans could be used like guinea pigs is the subject of a complaint made to the French media regulator.

“It's a bit like when we tested vaccines against AIDS on prostitutes because we knew that they don't protect themselves,” he added, making a comparison with Africans to prostitutes, while discussing the use of a BCG vaccine for tuberculosis against Covid-19.

The comments were part of a debate on French news channel LCI with Camille Locht, research director at the French National Institute of Health and Medical Research (Inserm), who agreed with Mira on the principle of testing any kind of vaccine on the African continent.

'African lab rats'
Likening Africans to prostitutes and using them to test any potential Covid-19 vaccines has created a storm on social media. Rachid Temal, senator for Val-d'Oise, said the comments about treating Africans as lab rats wanted to make him vomit.

Anti-racism group SOS Racisme said it had submitted a complaint to the French media regulator, saying the comments about making Africans guinea pigs were colonial in nature and unacceptable.

Inserm called the shortened video of the exchange fake news, referring to efforts testing the use of the BCG vaccine against Covid-19 in other countries. “Africa must not be forgotten or excluded from this research because the pandemic is global,” a statement from the research institute said.

Mira told the Huffington Post that he was “hurt” by accusations of racism and “sorry, if his words had not been clear”.