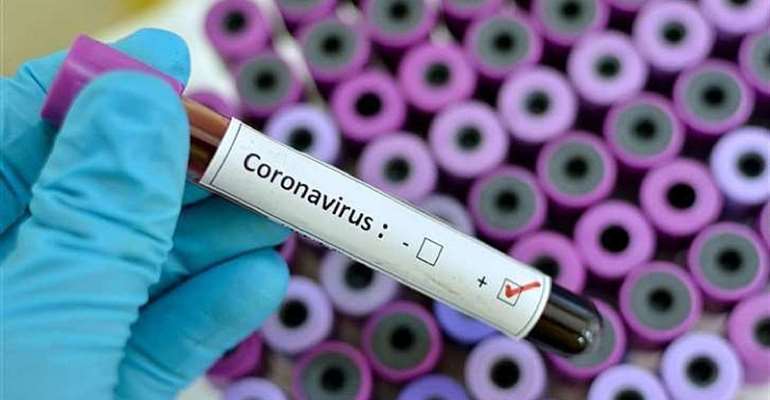 At the outbreak of the novel coronavirus in Wuhan-China and the declaration of same as a global pandemic by the World Health Organization, many political and conspiracy theorists have identified it as nothing but a biological weapon orchestrated by China against the world economic order. Donald J. Trump, the President of the United States of America, has on all occasions whilst addressing his citizens and the world at large described the novel disease as the "Chinese Virus".

The debate seeking to justify Coronavirus as a global biological weapon machinated by the Chinese Government, if true, would equally mean that, not only the US, Italy or other European countries are targets but that, Ghana, a rising industrial country in Africa is equally a high target. The argument is simple.

Before he became president of Ghana, Nana Addo Dankwa Akufo-Addo had promised in his 2016 manifesto a One District One Factory (1D1F) Initiative. He stated, "in collaboration with the private sector, the NPP will implement the “One District, One Factory” Initiative. He explained, "this District Industrialization Programme will ensure an even, spatial spread of industries" (see pg. 22 of NPP Manifesto Highlights).

Fast forward after the winning and swearing into office, President Akufo-Addo and his highly productive Vice President Dr. Mahamudu Bawumia, the Economic Team and Cabinet have made relentless efforts in bringing into reality the aforementioned promises. The 1D1F initiative kick-started with steady progress. Currently, more than 80 factories have begun their operations.

Though not fully sufficient in meeting demand, these local factories operating under the 1D1F initiative have shown signs of greater industrial and economic viability prospects for Ghana. This is an undebatable truth. In the near decade when all districts have been fully built, functional and productively able to supply about 70% of the demand needs of the country, there shall arise a war.

1. A success of Ghana's industrial ambition will have a more than intriguing effect on Ghana's trade relation with China concerning export and import of particular industrial commodities.

3. A reduction in both import and export of industrial commodities (see paragraph 4 of this article) would lead to a direct and massive reduction in export income gained by China.

4. A reduction in export income/revenue gained by China due to the reduction in Ghana's import of industrial commodities from China will lead to a corresponding diminishing of income generated by the Chinese government.

5. A diminishing Chinese revenue generated by export of industrial commodities to Ghana due to the industrialization of Ghana would mean a decline in the Chinese economy.

6. A decline in the Chinese economy due to their loss of total industrial export power to Ghana due to Ghana's industrialization success would have a massive drawback on the Chinese agenda to become the leading world economic power over the United States of America.

The Chinese government equally sees this time as a fine opportunity to pay evil to the Government of Ghana for repatriating its nationals who were engaged in the ugly illegal mining (Galamsey), illegal rosewood logging menace and other illegal activities in Ghana. The Chinese government has a well-orchestrated attempt to devastate the economy of Ghana as payback. Ghana, just as the US is in a war with China. The only differentiating factor of this war is that; the US knows it has an unending trade war with China whereas Ghana does not have any knowledge of such a war.

The Chinese government has preplanned the agenda to cause havoc to Ghana's already bleeding economy using their Coronavirus biological weapon. It is an indirect attack strategy. Jack Ma and his Alibaba Company are the frontiers of this indirect attack. The items donated to Ghana by Jack Ma for the fight against COVID-19 are the weapons for destruction. Some aides are more deadly than the Coronavirus pandemic itself and Ghana must be on guard.

Ghana's economy has already been tampered with but the last puzzle on chess to break Ghana is the biological weapon branded as safety equipment. Other African countries may have received same aides from Jack Ma but the equipment donated to Ghana had a different package. Ghana's government must be vigilant because if COVID-19 is a Chinese biological weapon set against the world economic order, then, Ghana, a country on the West African coast of Sub-Saharan Africa is equally on the list of high target countries. China is wicked.

Your God-fearing attitude, refusal to tenaciously cling to p...
58 minutes ago