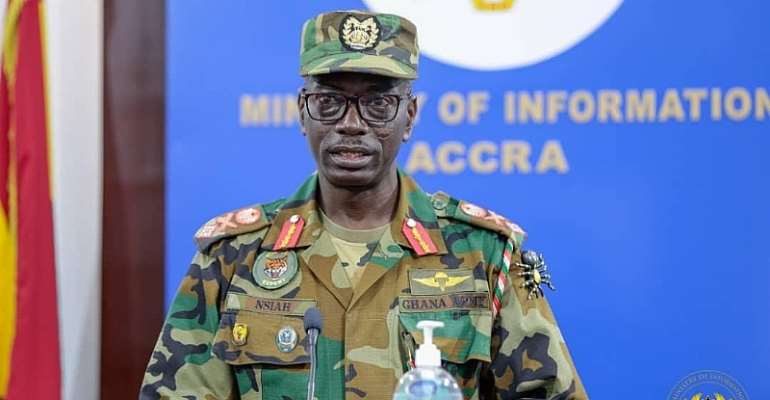 The heightened doctoring of videos and the spread of same online is damnable.

What started as ordinary pranks among friends has now been taken to new heights such as the country's national security ambience.

The Ghana Armed Forces had cause to debunk one of such videos which created a worrying impression about the military in some minds.

Perhaps those who are behind do not appreciate the implications of their inappropriate and dangerous pastime.

For most Ghanaians who understand the negative sides of social media such videos are by and large fictional to say the least a fact which is discernible to the eagle-eyed.

Only ragtag militiamen would speak like the characters who feature in such videos.

The devious persons behind the videos are yet to perfect the art of doctoring such orchestrations. So cheap are they that it takes seconds to rate them and indeed throw them into the garbage bin.

Today's military is not what existed in the early 80s when soldiers stripped women naked and whipped them in public. Such sordid chapters in our recent past are permanently confined to our history.

No soldier or even law enforcement officers can today assault civilians as it happened during the period aforementioned.

The Public Relations Directorate of the Ghana Armed Forces' rejoinder on the subject was both timely and therapeutic.

It served as an undeniable assurance to the people of Ghana that the Armed Forces belong to a professional class whose work are guided by a set of rules and regulations all of which are anything but the picture which the doctored videos seek to portray.

We call on the authorities of both the Police and the military to create monitoring teams for the purposes of intervening when some overzealous soldiers or cops get carried away by the stubbornness of some civilians.

Truth must be told regardless of the patches of infringements some civilians are hard at hearing simple instructions.

When a group of persons disregard social distancing and smoke wee and drink alcoholic beverages during these unusual times we are at a loss as to whether such persons belong to the world or they hail from another planet.

Such persons must be arrested and arraigned before the law court.