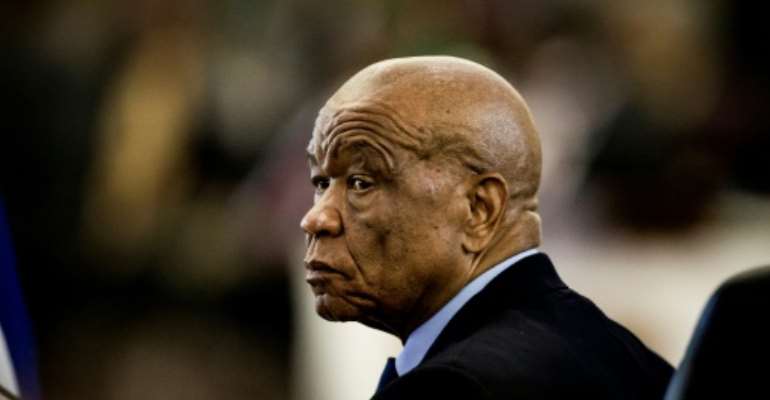 Embattled Lesotho Prime Minister Thomas Thabane on Friday ordered the security forces and intelligence service to probe his party rivals, whom he accused of plotting to topple his government.

The 80-year-old Thabane early this year offered to step down from office by July 31 after he was accused of having a hand in the 2017 murder of his estranged wife.

But his rivals are pushing for his early departure and have teamed up with opposition with the goal of forming a coalition government.

In a televised address, the 80-year-old Thabane said he was shocked that some members of his All Basotho Convention (ABC) were leading what he described as a campaign to illegally oust his government.

"While we are busy dealing with COVID-19, it is shocking to learn that some selfish people are busy plotting to unlawfully overthrow the government.

"Embarrassingly, some of the people leading the campaign to topple my government are legislators from the party that I am leading.

"I therefore order security bosses to investigate these terrorism acts and ensure that legal action is taken against those leading this campaign," said Thabane.

Less than an hour later, the ABC's vice president, Nqosa Mahao, announced at a news conference that the ABC had signed a coalition agreement with the main opposition Democratic Congress (DC) and smaller parties.

"A new coalition partnership has already been signed and we have enough numbers to become a government," Mahao said.

Factional battles that have rocked Thabane's party since last year have thrown his current coalition government into disarray.

Allegations then emerged that the premier acted in "common purpose" in the killing of his erstwhile 58-year-old wife Lipolelo Thabane, with whom he was in the process of divorcing.

His current wife Maesaiah Thabane, 42, whom he married two months after Lipolelo's death, is considered a co-conspirator in the murder case.

In February, the ABC asked him to leave office "immediately" and nominated chairman Sam Rapapa as his successor.