Robbers Kill One, Injures 4 Others On Walewale/Kpasenkpe Road 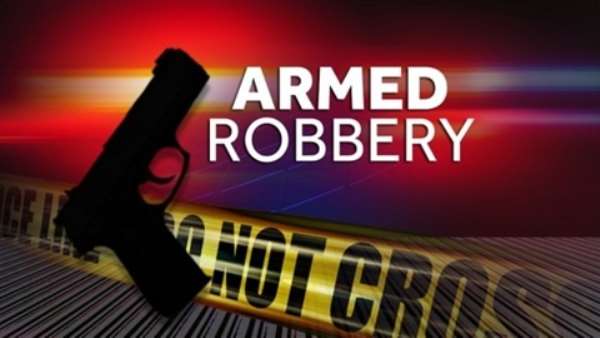 A 54-year-old man was on Wednesday shot and killed in cold blood when he was attacked by armed robbers on the Walewale/Kpasenkpe road in the West Mamprusi Municipality in the North East Region.

The deceased, Musah Jabuni together with Sulemana Sibiri, 15, a relative, were returning home from Walewale on a motorbike when the incident occurred at about 7pm.

Upon reaching a section of the road near Sariba, their village, the armed robbers numbering about five and suspected to be of Fulani descent, laid ambush in a nearby bush and opened fire on them.

They were alleged to have signaled the victims who were riding on a motorbike to stop and when they failed to heed their signal, they hit them with sticks and shot the deceased, who was a pillion rider, killing him instantly.

Four other persons who were also on their way home and got to the scene were also attacked, sustaining various degrees of injury.

The body of the deceased has since been buried in accordance with the Islamic custom, while the injured are receiving treatment at the Walewale Government Hospital.

Briefing
The Municipal Police Commander, Superintendent Peter Paul Akabate in a situational report said police received a distress call about the incident on Wednesday night and immediately dispatched personnel to the scene.

He said upon reaching the scene, the armed robbers who were armed with guns and machetes had robbed the victims of their motorbikes, phones and money and had bolted.

He said the victims were held hostage and subjected to severe beatings leaving one person in a critical condition.

Superintendent Akabate added that during the robbery incident a Fulani man on a new motorcycle also got to the scene, but the robbers did not attack him and left him to go.

Supt. Akabate indicated that one of the victims who managed to escape the scene rode to the nearby village and raised alarm, but before the youth mobilised and got to the scene, the robbers had absconded.

He indicated that the police had begun investigation into the incident to apprehend the suspects.