Covid-19: The $100m Promise From World Bank Is Not Secured, Available – Minority 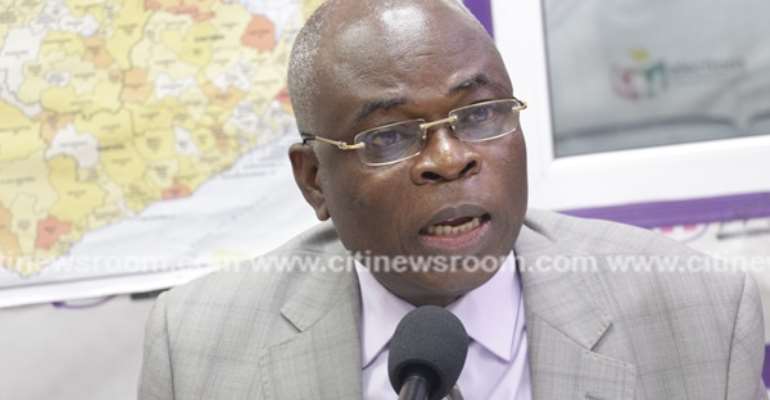 The Minority in Parliament says it does not believe that the $100 million allocated to boost the fight against the spread of the Coronavirus disease in Ghana is available as suggested by the Minister of Finance.

President Nana Akufo-Addo directed the Finance Minister, Ken Ofori-Atta to make available the cedi equivalent of $100 million to enhance Ghana's Coronavirus preparedness and response plan during his first address to the nation on March 11, 2020.

The Finance Minister earlier this week told Parliament that the $100 million was ready for distribution.

“Mr. Speaker, as announced by President Nana Akufo-Addo on March 11, 2020, during his first broadcast on the coronavirus pandemic, Government has earmarked the cedi equivalent of US$100 million for the fight against COVID-19. Contrary to views of some sceptics that the money is not available, I wish to assure you that the money has been secured and is available to be disbursed in accordance with our public financial management procedures and rules. Indeed, from day one, Government has not stopped spending in the fight against COVID-19,” he noted.

But the Minority side in Parliament is disputing the claim describing it as inaccurate.

The Minority insists that apart from the $35 million World Bank facility Parliament approved on Wednesday, government has not provided clarity on where the remaining $65 million dollars will come from.

The Deputy Minority Leader, James Avedzi while addressing the press in Parliament today, Thursday called on the government to come clear on where it intends to raise the remaining amount.

“The President of the Republic announced to the nation that an amount of $100 million was made available by the Finance Minister to fight the virus. Yesterday, Parliament approved $35 million from the IMF and the World Bank. So now, if you take the $35 million from the %100 million, you’ll see there is a difference of $65 million. As we speak, where the government is going to raise that money, we all don’t know. So first of all the announcement of the said amount by the President is not the case and it means that the President didn’t tell the people of Ghana the truth.”

Mr. Avedzi insisted that the “$100 million is not available” and that “government is struggling to get that money.”

A Member of the Finance Committee of Parliament, John Jinapor had earlier debunked claims by the Finance Minister that the US$100 million allocated to fight the novel coronavirus in the country is available.

On Eyewitness News, John Jinapor, who also doubles as a Former Deputy Minister of Power, said that those claims by the Finance Minister were dishonest.

“The claim by the Minister that the US$100 million has been secured and is available is false. A document that I have, joint memorandum to Parliament by Ministers for Finance and Health on a proposed US$35 million loan from International Development Administration of the World Bank to finance the proposed Ghana COVID-19 emergency preparedness and response project is dated 27th March 2020. So they have just brought us a loan agreement and it was considered by the Finance Committee subsequent to which we may grant approval for government to go to the World Bank and borrow US$35 million in order to be able to raise that US$100 million.”

“Another US$65 million is an amount that will be coming from the Greater Accra Resilient and Integrated Development (GARID). This is another loan from the International Development Authority (IDA) of the World Bank. So all the US$100 million is being borrowed from IDA and Parliament has not even prepared a report, let alone lay it before the floor to be debated, granted approval, for the Minister to proceed to go to the World Bank to collect the money. I think that honesty has to be a key issue,” he argued.