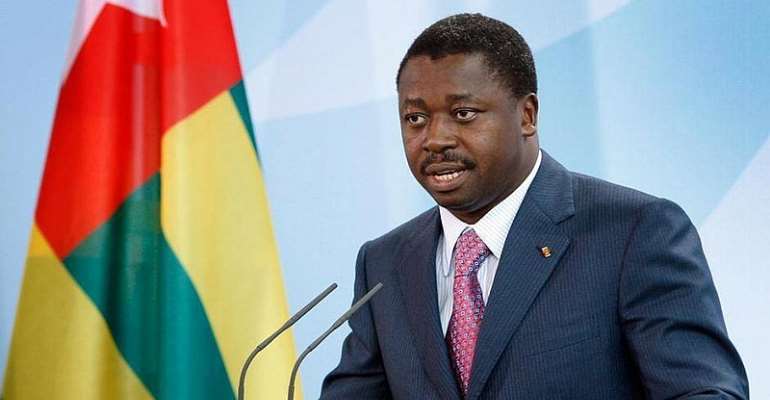 Togo has declared a state of emergency as a curfew has also been imposed as part of enhanced measures to stop the spread of COVID-19 in the country.

President Faure Gnassingbe of Togo who made the announcement said the state of emergency period will be for three months while the curfew will be in place for an indefinite period.

“Faced with the severity of the situation and in accordance with the constitutional provisions, I declare the state of health emergency in Togo for a period of three months,” the president said.

The 7pm to 6am curfew takes effect on Thursday, April 2, 2020, the same day he made the announcement.

In the televised broadcast to citizens, he said the move was “proof of the gravity of the situation that we face.”

Faure Gnassingbe said the period will be used by authorities to adopt “exceptional measures of health response” to tackle COVID-19.

Togo, a country of about 8 million people, has so far recorded 37 cases of COVID-19, out of which 17 have recovered and 2 have died.

Meanwhile, about 5,000 security personnel have been deployed to ensure compliance and to help stop the spread in the country.

The security personnel are part of a specially created anti-pandemic force.

Due to the restrictions, the president announced an adjustment of working hours in the country.

President Gnassingbe announced that an alleviation package of nearly 400 billion CFA francs ($650 million) will be made available to cushion citizens from the harsh impact of COVID-19. The amount forms part of an announced National Solidarity and Economic Recovery Fund which will be fed by contributions from the government, international partners, the national and international private sector and donors.

SMEs and small businesses who will be badly affected by the development will also benefit from the fund.

Other efforts to cushion the burden of citizens is the free supply of water and electricity for consumers in social brackets for the next three months.

Faure Gnassingbe further announced that there may be additional measures put in place to stop the spread of COVID-19, indicating that Togo will win the battle against the virus.