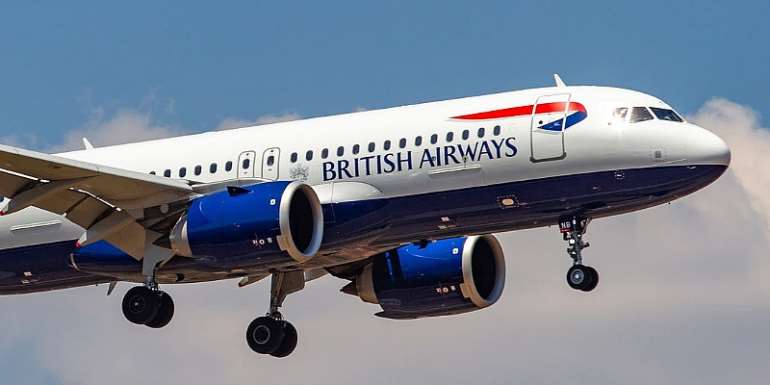 British Airways is expected to announce it will suspend around 36,000 staff.

The airline, which grounded much of its fleet due to the coronavirus crisis, has been negotiating with the Unite union for more than a week.

The two sides have reached a broad deal but are yet to sign on some details.

The agreement means that up to 80% of BA cabin crew, ground staff, engineers and those working at head office will have their jobs suspended but no staff are expected to be made redundant.

The decision will affect all staff at Gatwick and London City Airport after the airline suspended its operations at both locations until the crisis is over.

Those affected are expected to receive some of their wages through the government's coronavirus job retention scheme, which covers 80% of someone's salary capped at a maximum of £2,500 a month.

No one who works at British Airways will be surprised at today's expected announcement. When the planes are sitting on the ground - and nearly all of BA's fleet is doing just that, dispersed to regional airports around the country - there is no need for the army of workers who fly the aircraft, maintain them, load and unload the bags, and serve the passengers.

Staff typically make up about 40% of an airline's costs, and BA should be able to reclaim 80% of wages from the government employment support scheme set up to help companies affected by the virus.

BA has not, so far, asked the government for any other specific financial assistance. Nor has EasyJet, where senior sources say the general assistance programmes - wage assistance and loan guarantees - should be sufficient.

Virgin Atlantic, however, continues to press, and has written to MPs pointing out that it provides the only British-flagged competition to British Airways on many key routes from Heathrow.

So far the Chancellor, Rishi Sunak, has taken a hard line, saying airlines should exhaust all financial revenues before turning to the taxpayer. If Virgin does make a formal application for more aid, it will have to be able to show it has met the chancellor's test.

John Strickland, independent aviation analyst, said "tough negotiations" between BA and the Unite union meant it had taken a while to reach an agreement.

"The pilots' deal for half pay was concluded rather earlier, I guess there was a recognition as to just how serious that issue was," he said.

It is thought that the Unite union has been pushing for staff to be paid more than that. BA has already reached a separate deal with its pilots who will take a 50% pay cut over two months.

BA's parent company, International Airlines Group (IAG), is in a better financial position than some of its competitors. The group has made healthy profits in recent years.

But the airline's expected decision to suspend such a large number of workers gives a sense of how hard UK aviation has been hit by travel restrictions, designed to stem the spread of the pandemic.

With future bookings cancelled for the foreseeable future, airlines have been haemorrhaging cash.

Over the next three months, the International Air Transport Association expects airlines to rack up losses of almost $40bn (£32.3bn). It said carriers were burning through their cash reserves fast, mainly because of the multi-billion-pound cost of refunding tickets for cancelled flights.

Many staff at Virgin Atlantic have had their jobs suspended for two months and crews at Easyjet are out of work for three months.

This week, British Airways has run government repatriation flights to get hundreds of British nationals home from Peru, after the country went into lockdown.

It is one of several UK-based airlines that has agreed to run further repatriation flights in the coming weeks as hundreds of thousands of people are still stuck in other parts of the world.