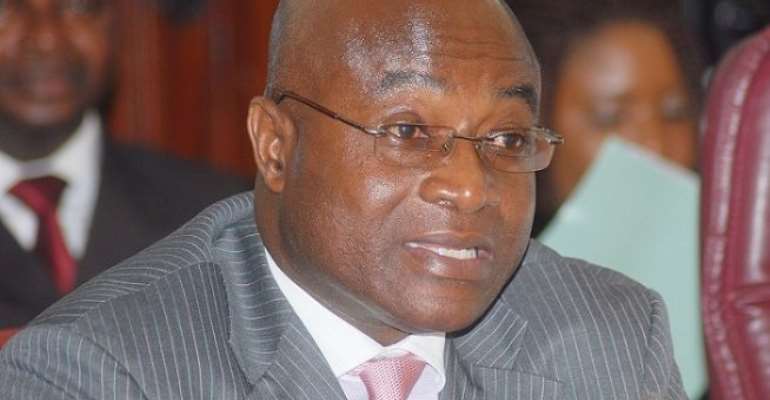 Parliament has has indicated that the COVID-19 National Trust Fund Bill should be considered under a certificate of urgency.

This follows the Attorney General’s presentation of the Bill to the House with a request for it to be considered urgently.

The Bill is to establish a fund to properly receive and regulate donations for dealing with the Coronavirus pandemic.

With the determination, the Bill can now be taken through the processes and passed within 24 hours.

The Majority Leader, Osei Kyei Mensah Bonsu, on the Floor of Parliament said, “The committee would then in all alacrity go through it and come with a report to us. Mr. Speaker, we can then pass this through all the processes in one day if we should determine. So Mr. Speaker, I would want to agree with the committee that what we’ve done is most appropriate under the circumstances that the entire House approves the report and agree that this BIll be taken under a certificate of urgency so that it can go back to the committee for them to come back with a report on the second reading of the Bill which would then be done by the Minister for Justice and the Attorney General”.

President Nana Akufo-Addo in a late-night address on Friday, March 27, 2020, announced the establishment of a COVID-19 Fund in Ghana.

He also indicated that he has donated his April, May and June salaries as seed capital for the Fund.

The Fund which will be headed by former Chief Justice, Sophia Akuffo, is to receive public contributions to help improve the lives of the vulnerable who will be worst-hit by the pandemic.

The other members of the Board of trustees of the Fund are Archbishop Justice Ofei Akrofi, Jude Kofi Bucknor, Gifty Afenyi-Dadzie, Elsie Addo-Awadzie, Dr. Ernest Ofori-Sarpong, and Dr Tanko Collins Asare will act as Secretary to the Board.

The President, while inaugurating the Board at a brief ceremony at Jubilee House two days after the Fund’s establishment noted that since the outbreak of the virus in Ghana, especially during the course of last week, organisations and individuals have made donations, with others wanting to find out how they can also contribute to the cause.

“I felt that the best way was to establish a public trust so that the monies that come do not get intermingled with Government money and all of those problems. A public trust that is to be managed by an independent body of trustees, so that people will see that these monies are being properly accounted for and properly deployed,” he said.

Donations to the Fund

All Ministers of State and other top appointees at the presidency voluntarily decided to donate 50 percent of their salary for the next three months to the recently initiated COVID-19 Fund.