In Mauritius, a rush as supermarkets open after 10 days 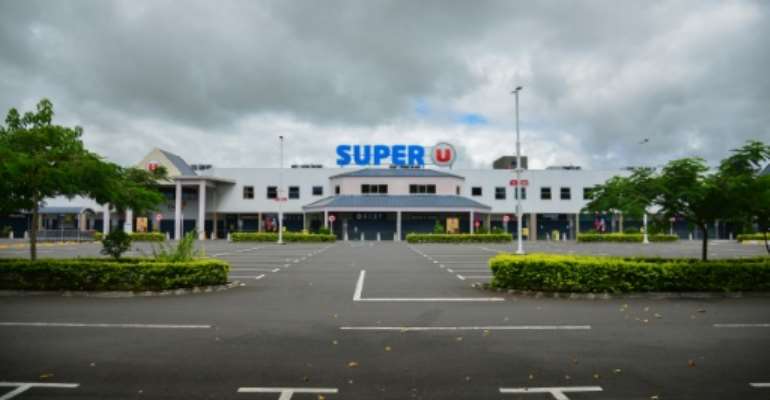 Even supermarkets had been closed for ten days in Mauritius in its bid to slow the coronavirus spread. By BEEKASH_ROOPUN (AFP)

Residents of the Indian Ocean island nation Mauritius rushed to supermarkets on Thursday after they had been shut for 10 days under a lockdown to curb the spread of the coronavirus.

Mauritius, usually a paradise holiday destination known for pristine beaches and coral reefs, has the most cases in eastern Africa with 169 infected and seven deaths -- including a 20-year-old woman with no prior health issues who died on Thursday.

The country was one of the first in Africa to impose a lockdown on March 20 -- when cases still stood at seven -- going so far as to shut supermarkets, bakeries and other shops often kept open in other nations.

Aware that people's stocks were starting to run low, the government decided to re-open under strict rules which divide people into three alphabetical groups to decide on which days they are allowed to shop.

Prakash Beeharry, a primary school teacher, told AFP he was lucky his surname starts with a 'B'.

"My neighbour, Mr Jayen Veerasamy, has to wait two more days before he can access the supermarket," he said.

Like many other mask-wearing shoppers, Beeharry stood in line from 6am to 10am before he was allowed in the supermarket.

"We only had 30 minutes to get all the groceries. Quite a challenge. I'm 45 years old and I've never experienced this... I hope things don't get worse."

Snaking long lines spread out from different supermarkets on the island, where shoppers kept a safe distance from each other and had their temperatures taken as they entered the stores.

"I feel relieved now that I have some supplies," said retired citizen Joseph who was one of the first at the Intermart in central Curepipe.

Other rules put in place allow only one member of a family in the store at a time, and masks are obligatory. The purchase of basics such as rice, flour, milk or oil are subject to restrictions.

Prime Minister Pravind Kumar Jugnauth had initially shut the supermarkets because the situation was "extremely serious" and he saw the move as "the only way to stop the spread of the virus".

The decision was widely criticised, as while the middle and upper classes were able to prepare and stock food, the poor were not -- and many had yet to receive their salaries.

Tourism Minister Joe Lesjongard explained Tuesday that the government was "aware the population is starting to lack supplies".

In a bid to assist the poorest members of society, the government has distributed basic necessities to some 30,000 people.

A solidarity fund has also been created by government officials, with all lawmakers donating ten percent of their annual salaries.

Hotels on the island are now mostly empty, aside from a handful used as quarantine centres, while the renowned smiles of tourism staff have been replaced by the exhausted, defeated expressions of health workers.