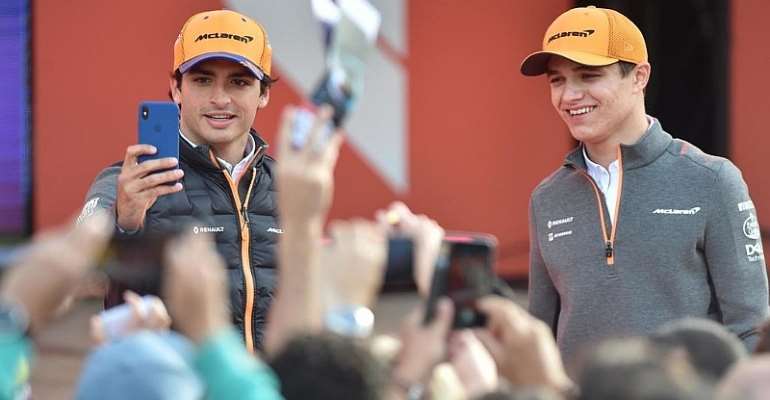 McLaren on Thursday became the first team Formula 1 team to cut staff salaries in an attempt to navigate its way through the coronavirus pandemic which has ravaged the Grand Prix season.

Following the postponement or cancellation of the season's first eight races, the British-based outfit said it would lay off staff and apply to the British government's furlough scheme.

Under the plan, 80 per cent of an employee's wage is guaranteed up to a maximum of 2,600 euros.

"The McLaren Group is temporarily furloughing a number of employees as part of wider cost-cutting measures due to the impact of the Covid-19 pandemic on its business," said a spokesperson for McLaren.

"These measures are focused on protecting jobs in the short-term to ensure our employees return to full-time work as the economy recovers.”

Solidarity
McLaren's Grand Prix drivers, Carlos Sainz and Lando Norris, have offered to take a salary cut to show solidarity with the rest of the workforce.

The F1 season should have begun on 15 March at Albert Park in Melbourne at the Australian Grand Prix. But it was called off at the last minute as fears rose about the impact of the coronavirus.

Once the World Health Organisation declared the virus a pandemic and countries went into lockdown, the race scheduled for Spain on May 10 was postponed and Monaco on 24 May was cancelled.

Formula 1 chief, Chase Carey, has targeted the Canadian Grand Prix          on 14 June in Montreal as the relaunch point for an extravaganza led by the drivers' champion Lewis Hamilton.

Hope
But even that date appears optimistic as the global death toll from the coronavirus continues to rise and the sport surveys a void where cash traditionally floats after gushing in from race-hosting fees, broadcast rights and sponsorship contracts.

The teams are also paid prize money out of the sport's total revenue and enjoy independent marketing deals to boost their budgets.

In an attempt to avoid calamity, the 10 stables that vie for the drivers' and constructors' titles have agreed to extend the 2020 season into January 2021 to ensure the eight races necessary to constitue a world championship.