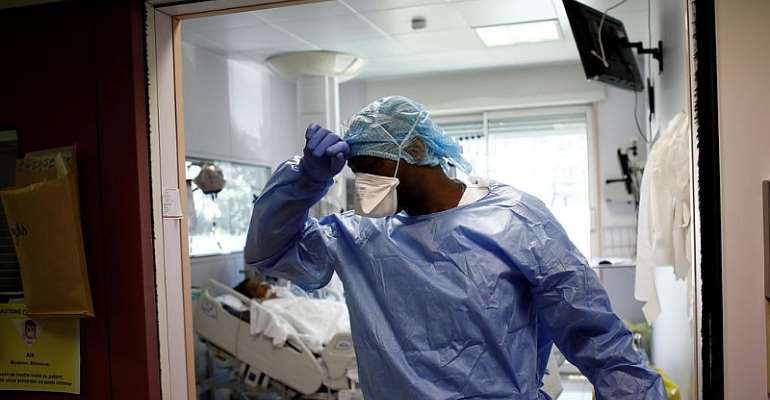 There are more than 500,000 Covid-19 cases in Europe as of Thursday morning, according to a study carried out by Agence France Presse newswire. While this virus strikes on the continent, the rule of law must be respected, according to a number of EU states.

Some 34,500 people have died in Europe, the hardest-hit continent, with Italy tallying 13,155 deaths, and Spain close behind with more than 10,000 people dead. As of Thursday, France has more than 4,000 dead, but the number is still expected to rise.

Nearly 48,000 have died worldwide of the deadly virus.

Both Spain and Italy have more than 100,000 cases of coronavirus, while France's latest figures are about half, with 56,000 cases.

Possible violations of rule of law
A number of European countries came out together to warn against breaches of the rule of Law in the EU while countries are battling the Covid-19 pandemic.

"In this unprecedented situation, it is legitimate for the member states to adopt extraordinary measures to protect their citizens and overcome the crisis", according to a joint declaration signed by Germany, France, Italy, Spain, Portugal, Greece, Ireland, Denmark, Finland, Sweden, Latvia, Belgium, Luxembourg and the Netherlands.

"However, we are deeply concerned about the risk of violating the principles of the rule of law, democracy and fundamental rights resulting from the adoption of certain emergency measures," according to the statement.

The statement refers to Hungarian Prime Minister Viktor Orban, who has given himself practically unlimited power while dealing with the pandemic. Hungarian parliament gave him the right to govern for an indefinite amount of time while the disease is still active.

The 14 countries specify that emergency measures should be proportionate and provisional and not restrict freedom of the press.

The statement did not refer to Hungary directly, but Orban has imposed a five-year prison sentence for anyone who publishes or broadcasts “fake news” about the virus or about what the government is doing about the situation.

The states gave the other 12 member states the opportunity to sign the document, excluding Hungary. Poland has also been accused by member states on a regular basis for its issues with rule of law.

Shatta Wale to spend another night in police cell; to face c...
24 minutes ago