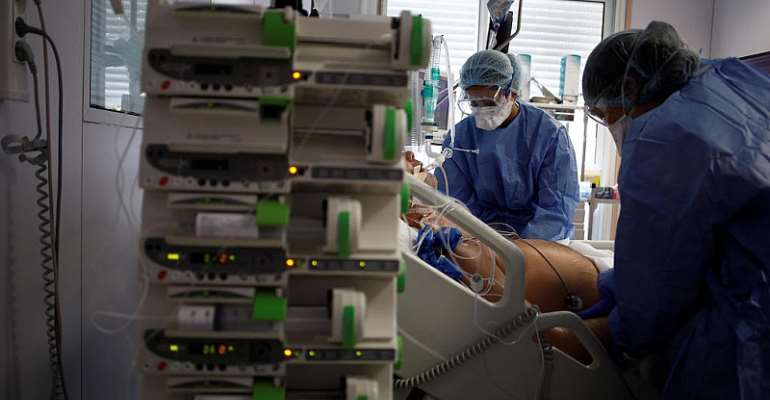 French demographers have launched a database of information on Covid-19, rounding out perceptions of who is most affected by the new coronavirus.

Every day, French health officials update data on the Covid-19 epidemic, including numbers of confirmed cases, hospitalisations and deaths. But demographers say these figures, along with those in other countries, leave much to be desired.

“Right now, there's an avalanche of figures from France, Italy, Spain and elsewhere, but they are not very satisfactory,” says Jean-Marie Robine of France's Institute for Demographic Studies (abbreviated in French as Ined).

“They report total number of cases, hospitalisations and deaths. But the totals correspond to the capacity for testing” of a given country.

For example, the mortality rate appears much lower in Germany because Germany has carried out far more tests than Italy.

France reported an unprecedented rise in the number of confirmed cases on Tuesday, which may be due to no more than expanded testing.

In terms of measuring the impact and evolution of the epidemic from one country to another, “the only solid figure is that of how many people die because of Covid-19,” Robine says.

Expanding on understanding
To have a clearer idea of who is dying from Covid-19, Ined demographers have been compiling data in France and with partners around Europe to expand on what is reported each day by health officials.

Robine says the information, which was launched on the Ined website on Thursday,  confirms that Covid-19 is deadlier for men than women in general, and that some countries seem more affected than others.

For reasons not yet clear, the data shows France has one of the lowest sex ratios when it comes to mortality of the new coronavirus, 1.6, meaning 60 percent more men have died from Covid-19 than women.

The ratio in Spain is 1.8, while it is at its highest in Italy, where 2.2 men have died for every woman.

Impact on elderly
In addition to the sex ratio, expanded demographic research confirms Covid-19 is far more deadly for the elderly.

Although younger people come down with serious enough cases to be admitted to ICUs, data show they are far likelier to make a recovery. Only 6 percent of deaths in France have been for patients under age 50.

The hidden mortality of Covid-19
While mortality figures allow for comparisons of how the epidemic is evolving from one country to another, their capacity for recording the actual number of people dying is based on each country's reporting policy.

In the case of France, Robine believes deaths of the elderly are underreported, as official figures do not include deaths in nursing and retirement homes.

“In France and Spain, mortality figures only concern those who die in hospital,” unlike in Italy, Robine says.

What's more, recent reports of a rise of mortality in some nursing homes paint a worrying picture of unreported toll of Covid-19.

“In normal times, about a quarter of residents of nursing homes go to the hospital” when confronted with life-threatening illness, he says. “We imagine today that this is reduced to practically nothing, that everything is done to keep people in nursing homes.”

In 2016, of the approximately 594,000 deaths recorded across in France, 60 percent of deaths were in hospital, 26 percent at home and 14 percent in nursing or retirement homes.

Robine says those ratios are consistant from one year to another, but expects they will be different for the Covid-19 epidemic.

He predicts there will be a lower overall ratio of deaths at home, which are often linked with sudden trauma such as heart attacks, whereas people suffering from  infectious diseases seek hospitalisation.

But an unknown factor is the mortality rate for nursing homes, which Robine believes are under pressure to avoid sending residents to hospitals already saturated with patients infected with Covid-19.

“We suspect many people are working to keep infected people away from the health system, to keep it from collapsing,” Robine says.