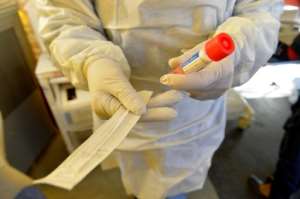 The global effort to combat the coronavirus pandemic has been one of stutters and staggers. There are go-it-alone instances of severity, and cases of blasé indifference. State ministers and leaders have not escaped the chance to demonise and point accusing fingers. Each crisis will garner its share of demagogues.

In the United States, the sense of confusion and disunity on how best to response to COVID-19 is palpable. On the domestic front, President Donald Trump has proven to be a constant shape changer on the subject, minimising risks with rhetorical abandon, finding culprits with some eagerness and suggesting off the cuff mass quarantines. Policy is being made on the hop.

This approach won him one fan, with the director-general of the World Health Organization, Tedros Adhanom Ghebreyesus, praising him for what most would regard as incoherent “leadership”. It could well be that the WHO chief is angling for a lucrative appointment after the pandemic’s passing, with the blessing of the US government. This would explain the crawling ingratiation, for “fighting this pandemic needs political commitment and commitment at the highest level possible.”

The blue print for erratic response is also evident in the foreign policy of the Trump administration. On one level, little has changed. Sanctions remain in place against Iran, Syria, Cuba and Venezuela. The business of cruelty must go on like a tired, murderous show.

A halt to that show has been demanded by the UN Special Rapporteur on the right to food, Hilal Elver. “The continued imposition of crippling economic sanctions on Syria, Venezuela, Iran, Cuba and, to a lesser degree, Zimbabwe, to name the most prominent instances, severely undermines the ordinary citizens’ fundamental right to sufficient and adequate food.” The UN human rights chief Michelle Bachelet has also called for the lifting of sanctions “to avoid the collapse of any country’s medical system”. Sanctions were vicious obstacles standing in the way of importing medical supplies.

Similar calls have also been issued in the United States itself, including a March 31 letter signed by 34 members of Congress addressed to Secretary of State Mike Pompeo and Treasury Secretary Steven Mnuchin. “Rather than continue to invoke new sanctions in the Iranian people’s hour of need, we urge you to substantially suspend sanctions on Iran during this global public health emergency in a humanitarian gesture to the Iranian people to better enable them to fight the virus.”

Confusion on policy and how it should change to cope with COVID-19 also reigns at the US State Department, where Pompeo rules the roost. He claims that the US has been a very good international citizen in several respects, offering a generous hand to countries in crisis. “We’ve worked to try and get assistance into North Korea. We’ve made offers of assistance to Iran. You’ll recall when we first began, we worked diligently in Venezuela to get humanitarian assistance to the Venezuelan people as well.”

Rarely has that phrase from Virgil’s Aeneid (II, 49) been more apt: “Timeo Danaos et dona ferentes.” The modern Greeks bearing gifts have assumed the form of representatives drawn from the US imperium, and one should best be wary of them.

This has certainly been the case for Iran, whose response to Washington was rather Virgilian in flavour. Supreme Leader Ayatollah Ali Khamenei, in rejecting US advances for assistance, suggested that the Great Satan had a devious plan. “You might send people as doctors and therapists, maybe they would want to come here and see the effect of the poison they have produced in person.” He also added at the time, for good measure, that he felt COVID-19, having been supposedly cultivated in US laboratories, was “specifically built for Iran using the genetic data of Iranians which they have obtained through different means.”

Much of this is positively batty, but the response is unsurprising given the addiction to sanctions Pompeo seems to suffer from. Those have had a devastating effect on the country’s health system, enfeebling it. With Iran being in the big league of coronavirus sufferers, offers of aid are bound to be viewed with suspicion, the actions of a deranged sadomasochist.

When confronted with the issue of being more generous on sanctions against Iran, Pompeo’s response has been formulaic and predictable. As he stated on March 20, US sanctions do not cover medical and humanitarian items. On Tuesday, when asked if the US position was etched in stone, Pompeo’s answer was trite. “We evaluate all of our policies constantly, so the answer is – would we ever rethink? – Of course.”

For Venezuela, the possibility of lifting US sanctions is being toyed with. But any such measure comes with strings, more appropriately shackles, attached. The Trump administration has the obstinate government of Nicolás Maduro in its sights. On March 26, the US Department of Justice charged Maduro, whose presidential status Washington refuses to recognise, and 14 senior officials, with “narco-terrorism”. The softening of sanctions has been parcelled up with an incentive to meddle in Venezuelan politics, using what Pompeo terms a “Democratic Transition Framework”. This would involve Maduro stepping aside for a transitional government led by Juan Guaidó ahead of elections. A “sequenced exit path” from US sanctions would be followed.

Pompeo’s approach on assistance has been framed in a manner reminiscent of President Woodrow Wilson: shun the leader but celebrate the people; caged in their beating hearts is a free spirited American waiting to spring out. It has been an approach steeped in difficulty and hypocrisy, and one the Trump administration continues to practice. “We care more often about the people in those countries than their own leaders do,” reasons Pompeo. “That’s sad. That’s a reflection of those regimes, too often. It’s the reason, in fact, that we’re working to help these people raise up in their countries; so that they can get a better outcome for themselves.” A questionable premise. As the doomed Trojans found out in accepting the gift of a large wooden horse, Washington’s generosity is likely to be dangerous and appropriately feared.