Adakabre Frimpong Manson of Neat FM must get his Facts Right on Military Partaking in Internal Security in Civilian Countries e.g. in Ghana 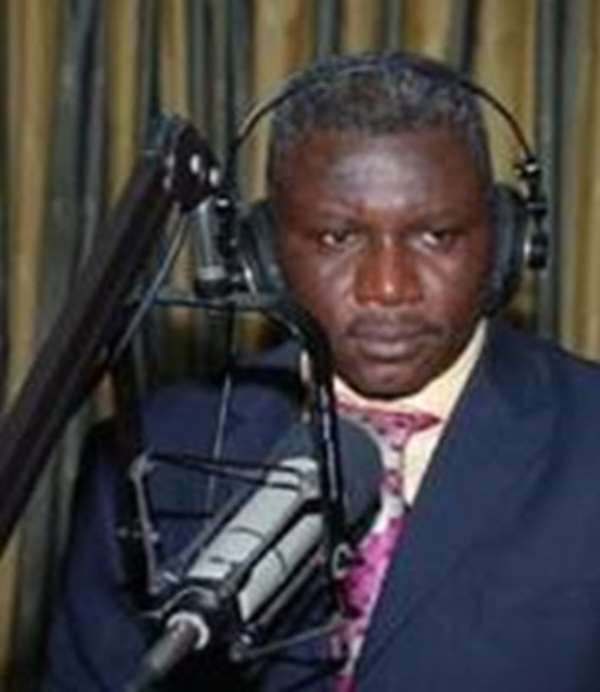 I had the opportunity to listen to Adakabre when he was airing his programme on Neat FM, Accra, on Wednesday, 1 April 2020. He spoke in condemnation of the military brutalities on the citizens of Ghana for failing to observe President Nana Akufo-Addo's lockdown of Accra, Kumasi and a place in the Central region.

As diabolical as he has always been, he tried to ask each traditional leader he called to express their views on the incidents of military brutalities on those Ghanaians failing to stay home as directed by the President during the lockdown of the mentioned cities. Although he was seeking the views of the chiefs and the traditional personalities on what they are doing to help fight or ward off the deadly novel coronavirus (Covid-19) that has come to torment the world and Ghana, he always ensured the chiefs expressed their views on the military brutalities.

He is such a sly radio presenter who always has his selfish and mischievous agenda against a particular political party in Ghana hence happily seizing the opportunity to emphasise on the military brutalities to denigrate the President's call on the military to help enforce the observance of the lockdown.

Adakabre is exhibiting total ignorance here. Does he understand the word PRECEDENT and has he ever heard about it and its application in law when lawyers are arguing their case, or a judge pronouncing his/her judgment?

Precedent is defined in Law as "a legal decision or form of proceeding serving as an authoritative rule or pattern in future similar or analogous cases" or "any act, decision, or case that serves as a guide or justification for subsequent situations".

Military have been called out in bigger democracies to assist the police to maintain internal security. I will suggest to him to do his research well and come back again. He should do at least a research on France in the 1990's when on a number of occasions the military were called out to assist with maintenance of internal security side by side the police when the police were overwhelmed by explosive devices planted by the Algerian Islamic Salvation Front in some French cities, especially Paris, going off. I was myself a witness to this so was any Ghanaian who was in France, especially, in that time.

"Under certain circumstances, the Australian Defence Force can be called upon to assist with law enforcement. State or territory civilian police have primary responsibility for law and order. Under section 119 of the Constitution of Australia, "The Commonwealth shall protect every State against invasion and, on the application of the Executive Government of the State, against domestic violence." This is further explained in section 51 of the Defence Act which states that:

Where the Governor of a State has proclaimed that domestic violence exists therein, the Governor-General, upon the application of the Executive Government of the State, may, by proclamation, declare that domestic violence exists in that State, and may call out the Permanent Forces and in the event of their numbers being insufficient may also call out such of the Emergency Forces and the Reserve Forces as may be necessary for the protection of that State, and the services of the Forces so called out may be utilised accordingly for the protection of that State against domestic violence.

Military forces have been deployed twice on the request of state or territory governments, and deployment authorised on one other occasion but not required:

September 1970: The governor-general signed an order-in-council authorising the deployment of the army to East New Britain Province of Papua New Guinea, then a territory of Australia, to assist local police with riot control if necessary. The army was not required and the order was revoked in April 1971.

February 1978: Following the Sydney Hilton bombing, 2,000 armed soldiers were deployed to Bowral and Mittagong to protect the Commonwealth Heads of Government Regional Meeting and to protect the road and rail links between Sydney and the Southern Highlands".

The world, and to be precise Ghana, is in unordinary times where death is staring the population in the face. Therefore, unique solutions must be sought to solve the unique problem we are facing. If the military have gone overboard because some of citizens becoming obstinate to disobey the government's directives meant for their own safety and the safety of the nation, Adakabre should have presented a balanced view rather than his one-way myopic, selfish and malicious view.

The novel coronavirus (Covid-19) is so lethal that we should not underestimate its potency to wipe off so many people from the face of the earth.

Adakabre can do a search on Ireland, Canada, United Kingdom and other old democracies to correct his warped view on soldiers being used to help with internal security in Ghana today.