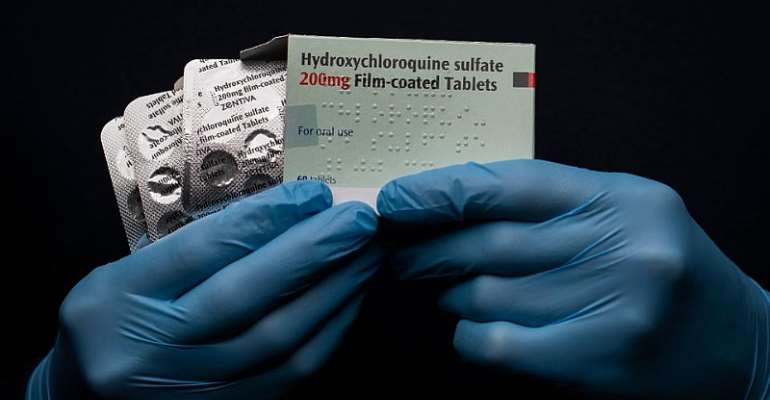 Importers are being allowed to bring in more stocks of hydroxychloroquine to help treat coronavirus cases in Ghana.

At a press conference on Wednesday morning, Minister of Health, Kwaku Agyemang Manu, said he had given authorisation to the Food and Drugs Authority (FDA) to allow its use despite it not being on Ghana’s drugs list.

“On mentioning hydroxychloroquine, I just want to inform the nation that the laws of our country allow the Health Minister to issue what we call emergency use authorisation to FDA to allow or permit manufactures and importers to bring in drugs that are not on our drug list,” Mr Agyemang Manu explained.

“We issued the authorisation and the FDA has on that note, permitted some manufacturers in the country to bring in the active pharmaceutical ingredients or even import if they can source from outside to augment the stocks we have in the country.”

At the moment, he said the country had enough hydroxychloroquine stocks “to take care of all the people we have on admission.”

Following its discovery in 1934, Chloroquine was believed to be too toxic for human use.

But it was introduced into clinical practice in 1947 for the preventive treatment of malaria.

The use of chloroquine for treating malaria has reduced over the years because of its side effects and increased resistance of the malaria parasite.

Hydroxychloroquine, which is a less toxic derivative of chloroquine, has in recent times become more preferred because of its better safety record and cheaper cost.

In the wake of the coronavirus pandemic, a new study whose results were published in the International Journal of Antimicrobial Agents has found some evidence that the combination of hydroxychloroquine and an antibiotic called azithromycin could be especially effective in treating the novel coronavirus.

But some other health experts provided mixed assessments warning of risks such as vision problems or cardiac arrest.