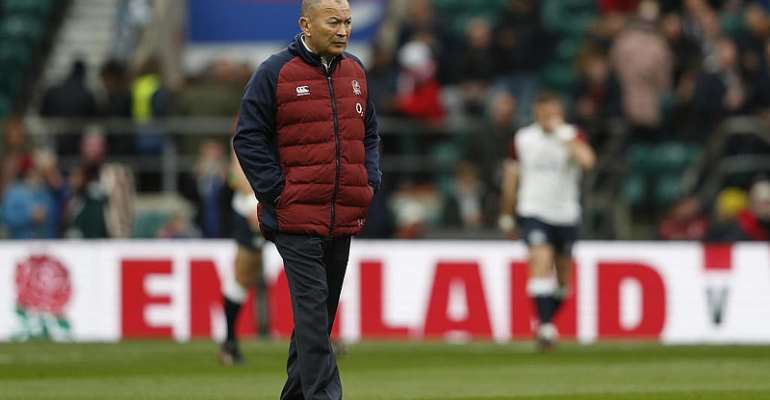 England's rugby union chiefs announced on Thursday that head coach Eddie Jones will lead the first team squad into the next rugby World Cup in France in 2023.

Jones steered England to the final of the 2019 tournament in Japan.

After beating Australia in the last eight and outclassing the defending champions New Zealand in the semi-final, South Africa rampaged past them 32-12 in the final.

Following the defeat in Yokohama, Jones hinted he might not stay until 2023 but would at least see out his contract until 2021.

However, after several weeks of talks, the Rugby Football Union, (RFU) which governs the game in England, declared the 60-year-old Australian would orchestrate the attempt to land the world title for the first time since 2003.

Success
Bill Sweeney, RFU chief executive, said: “We are delighted that Eddie will continue as head coach. His record since joining speaks for itself and he has proven why he is one of the best coaches in world rugby.

“The progress shown by England since 2015 has been indisputable and having fielded the youngest team to play in a World Cup final, we know even more growth is possible.”

Jones took over as head coach in November 2015, shortly after the World Cup where Stuart Lancaster's England side acquired the infamy of becoming the first host nation to be eliminated after the group stages.

New era
Jones rebooted the squad and his players swept to the Six Nations title of 2016 winning all five of their matches against other leading European teams.

They also won the championship the following year before fifth and second place finishes in 2018 and 2019 respectively. England were top of the table in the 2020 tournament before the tournament was suspended due to the coronavirus pandemic.

“I never thought coming here four years ago I would be doing a second four years,” said Jones of the extension.

“We set out four years ago to be the best team in the world and unfortunately we missed that by 80 minutes,

“Now we want to be the team that is remembered as being the greatest team the game has ever seen. It's a big ambition but I believe we are capable of doing it.”