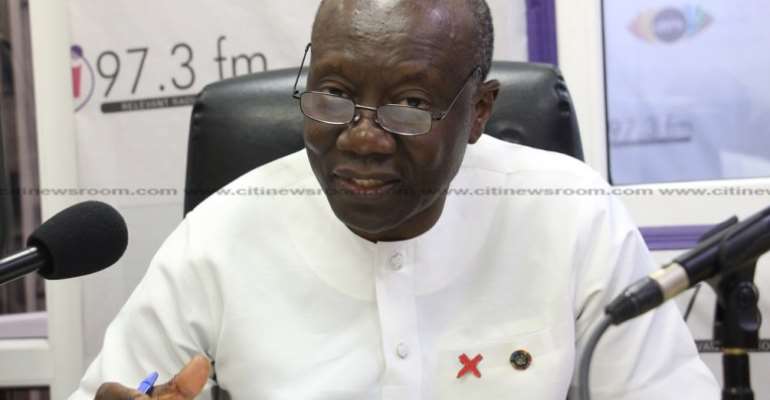 Finance Minister, Ken Ofori-Atta has shot down demands on government to reduce the number of Ministers and other Presidential Staffers as a measure to raise more funds for the Coronavirus Alleviation Programme (CAP).

According to him, heeding to such a move will make no significant change in the government’s fight to curb the spread of the virus and the impact of the pandemic on the economy.

The Minority in Parliament is kicking against government’s plans to take money from the Heritage Fund to finance the CAP insisting that the government should rather reduce its size instead of taking money from the Fund reserved for future generations.

On Citi TV’s The Point of View programme, the Finance Minister said a more effective proposal is what is needed since the current suggestion put forward by the Minority is immaterial.

“Clearly, in times like this, nothing is a sacred cow but honestly, when you are faced with an issue of this proportion, I think what the Minority is talking about is much more of symbolism than quantum. In my analysis, the quantum is immaterial. President himself has said he will put his three months' salary as a sign. That same vein he spoke about, parliamentarians who have said they will cede an amount of their resources so that we feel as a nation that is moving in tandem. But this is not the time when you see these disturbing pictures to be political about this. We need to see effective stuff here.”

Finance Minister, Ken Ofori-Atta on Monday, March 30, 2020, proposed the amendment of the Petroleum Revenue Management Act to allow the government to utilize portions of the Heritage Fund in the fight against COVID-19.

The Heritage Fund was set up by the Petroleum Revenue Management Act 2011 to save oil revenue for the future generations of Ghana.