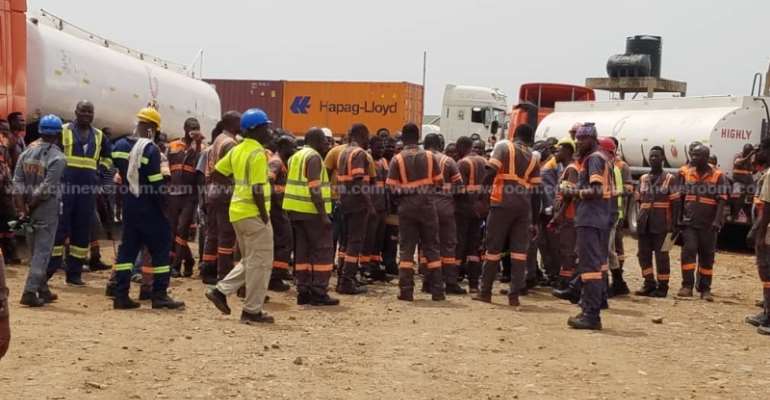 The Association of Drivers in the Tema Metropolis have threatened to lay down their tools from tomorrow [Thursday] if the National Petroleum Authority (NPA) fails to prioritise the welfare of drivers.

The union also wants the NPA to put on hold the Electronic Cargo Tracking System (ECTS) which it said was to begin today.

The Vice President, Dr Mahamudu Bawumia launched a digital Command and Control Centre for Bulk Road Vehicle (BRV) and an Electronic Cargo Tracking System (ECTS) to be run by the National Petroleum Authority in collaboration with other key stakeholders in the petroleum downstream sector back in January 2020.

The union does not think the NPA is ready to implement the policy because its office is closed down because of the coronavirus lockdown.

“When the NPA did not adhere to our request, we began advising ourselves,” David Kondadu, the treasurer of the union said in a Citi News interview.

“They should come out with our welfare packages and we will be okay,” he noted.

Sunday Alabi, the National Vice-Chairman of the union recounted that the drivers were first informed of the possible implementation of the policy on March 26.

This was to be followed by a meeting on March 30 which could not come on because of the lockdown.

“We were supposed to meet on March 30 before this [policy was implemented] but the President gave a directive [for the lockdown] so we were unable to meet with the transporters and the NPA. So why is the NPA in a rush?”

Aside from this, Mr. Alabi said most of the drivers did not have employment letters.

“As we speak, about 20 percent [of our drivers] have theirs. We did some investigations and found that some of the transporters have sent the appointment letters to NPA without the knowledge of the drivers.”