How coronavirus legislation could create the EU’s first dictatorship 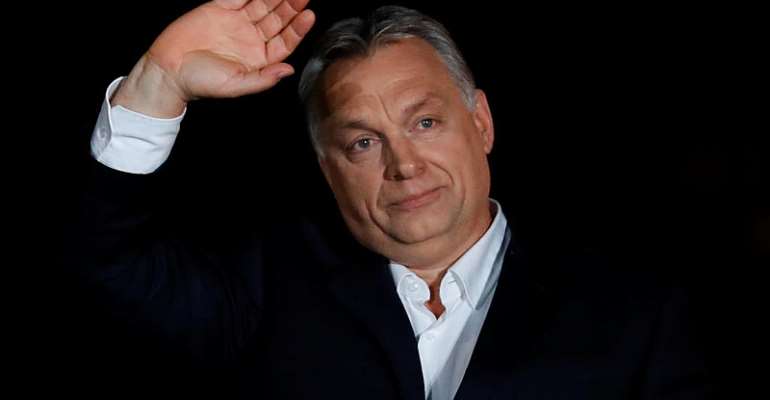 European Commission chief Ursula von der Leyen has warned that emergency measures taken by EU countries to combat the coronavirus pandemic must be "limited". Her warning comes after Hungary's nationalist leader Viktor Orban took on sweeping powers, allowing the Hungarian government to rule by decree. But will those powers be lifted once the virus is beaten?

Brussels' top official did not single out Orban or Hungary by name in her statement, but she spoke one day after the Hungarian leader adopted rule by decree, claiming extraordinary powers, ostensibly to combat the Covid-19 pandemic.

After declaring a “State of Danger” on 11 March, Orban since Monday has the power to rule by decree until his government decides the emergency is over.

The legislation also removes the current 15-day requirement for MPs to approve any extensions to decrees. Elections cannot be held during the emergency period.

Misuse of powers?
On Monday, the Hungarian parliament approved the law with a 137-53 majority, more that the required two thirds.

“Right now, we do not know for a fact whether the government is going to misuse these powers,” says Andras Racz, a senior researcher with the German Council on Foreign Relations.

“But extraordinary powers that are so broad are absolutely unprecedented in Europe. A number of European countries have produced various forms of 'state of emergency' in connection with the coronavirus crisis,” he says, but “Hungary is the only country which has been widening the existing constitutional framework of the state of emergency while an extraordinary legal regime was actually in place."

Basic principles
The EU, wary of member states turning away from basic principles like the rule of law and separation of powers which are embedded in the Union's treaties, has already started to worry.

“These measures should always ensure that fundamental rights, rule of law and democratic principles are protected,'' Juan Fernando López Aguillar, Chairman of the European Parliament's Civil Liberties Committee said in a statement.

The Council of Europe, which includes the Russian Federation and Turkey as members, “invited Hungary to seize the opportunity” of enjoying “all expertise and assistance” from the organisation to help fight the virus, stressing that the disease “must be in fought a manner that respects the fundamental values of the organisation: democracy, rule of law and human rights.”

"Authoritarian takeover"
New York-based Human Rights Watch went a step further, describing the introduction of Hungary's new legislation as an “authoritarian takeover” made “under the pretext of addressing the Covid-19 public health emergency,” and accusing Budapest of becoming the first capital "in the European Union to virtually abolish all democratic checks-and-balances,” also highlighting the law's new penalties, which include five years in prison for publishing “false” or “distorted” facts. This is, according to HRW, “another blow to media freedom in the country.”

But Orban rejects all criticism.
“For all I care," he is quoted as saying, "they can scrutinise the proposal as long as they like; I wish them all the very best, and good health”.

"One cannot be polite"
“There are situations when one cannot be polite," he continued in a statement published on the official government website, telling EU critics that this is no time for “being polite about legal and theoretical issues, we must save lives."

Do Hungary's actions mean that the EU now has its first dictatorship within its borders?

“Not yet,” says Racz. “We don't know for a fact how the government is going to use its power. Having an extraordinary legal regime in place, in a disaster-type of situation or an emergency situation is not unprecedented.

"But so far we have not seen any case that the government had actually misused its power,” admitting that “we have a situation which has the potential to develop in that direction.”

Nuclear option
The EU does have means at its disposal to address Hungary's shift into a less democratic realm: the Union Treaty's Article 7, dubbed “the nuclear option”.

Article seven deprives a member state of voting rights when a country is considered to be at risk of damaging the core values of the EU.

The European Commission triggered the process for the first time in December 2018 against Poland, over concerns about government influence on the judiciary.