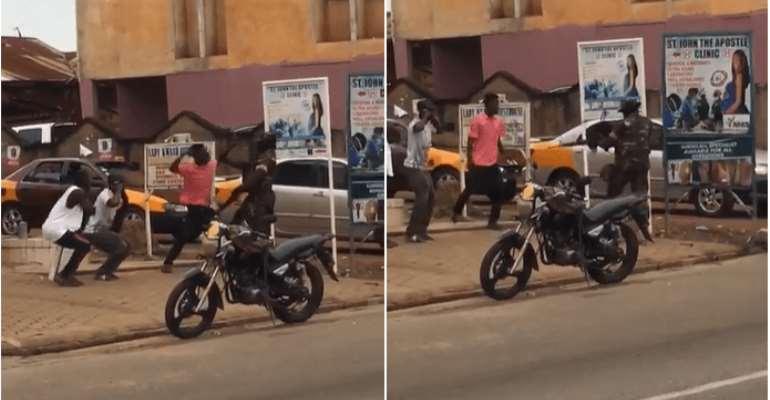 A viral video on social media shows a soldier pulling his gun on a civilian purportedly violating the partial lockdown directive.

The civilian, together with two others, had been punished by the soldier.

It is not clear when or where the video was recorded.

The video shows the soldier whipping the civilian who in retaliation hit back at him.

The soldier then pulled his gun on the civilian who was fleeing the scene.

Following the partial lockdown in Accra, Kasoa, Tema and parts of Kumasi, some videos have been circulating suggesting that the law enforcement agencies deployed to enforce the lockdown directive have been beating civilians flouting the directive.

But the General Officer Commanding (GOC), Southern Command of the Ghana Armed Forces, Brigadier General Abraham Yeboah Nsiah, has denied the reports saying that the only incident which had been brought to his attention did not involve brutalities on the part of the officer.