Covid-19: French lawmakers to investigate where one and a half billion masks sent 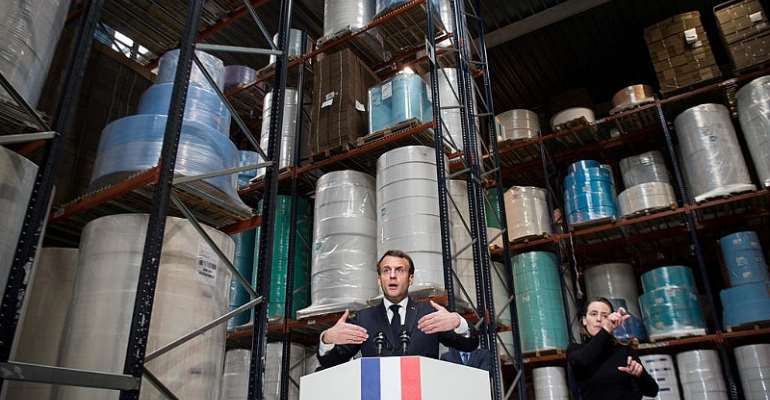 Ten years ago France had stocks of one and a half billion masks. At the outbreak of the Coronavirus epidemic it had 150 million. Where did all the masks go and why were stocks not replenished? A special parliamentary committee which starts work today wants to find out.

The Committee begins work as polls suggest growing public criticism of the government's preparation for and response to the crisis amid shortages of facemasks, tests and respiratory ventilators.

At today's first session, Prime Minister Edouard Philippe and Health Minister Olivier Véran will be questioned via videolink by some of the 39 parliamentarians on the committee.

Richard Ferrand, President of the National Assembly, will head the committee. Speaking to France Info TV station he stressed that the interrogations were “not trials” but an attempt to find out why and how decisions were made leading to “the shortages and problems which are now evident”.

He said it was the duty of parliamentarians to scrutinize government action but that “we are absolutely not in the business of getting in the way.” Health workers, managers and administrators who were working flat out to deal with the emergency would not be expected to give up their time to appear before the committee, he affirmed.

A government minister, who agreed that such scrutiny was legitimate, nonetheless hoped it would not “obstruct the government's management of the crisis.”

French politicians like those elsewhere must strike a difficult balance between holding the government and presidency to account while also trying not to create or stoke division at a time when there is a need for a degree of national unity.

The committee will issue recommendations along with its findings. But President Macron has already hinted at necessary changes. Visiting a factory which makes face masks near Angers in the west on Tuesday he suggested that France should never again be so reliant on imports of equipment and components from elsewhere and that French manufacturing must be a new priority.

Meanwhile, as hospitals in the Paris region struggle to cope with the influx of Coronavirus sufferers, some patients were transferred on Wednesday morning to Brittany aboard a specially converted high speed train with medical facilities. 288 such patients have already been transferred on such trains to different places since 18th March.

French Factories making masks have turbo-charged production and a billion are to be airlifted from China in batches, while some of France's biggest companies are working together to try to produce 10,000 ventilators in 50 days.

According to the latest figures 3,523 people have died in hospital from the virus. On Tuesday evening the number of people in emergency intensive care stood at 5,565.

Shatta Wale to spend another night in police cell; to face c...
40 minutes ago