By Olanike Adeyemo - The Conversation 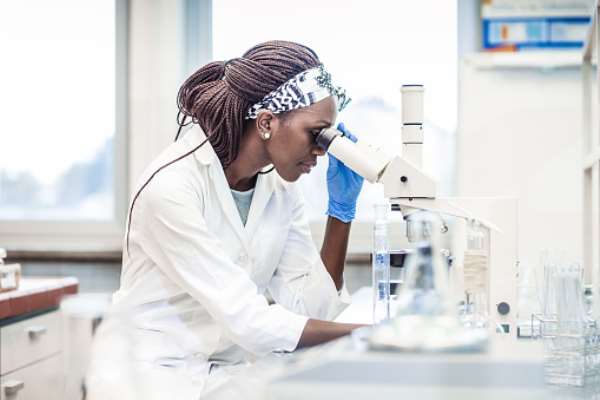 Professor Ekanem Braide, a professor of parasitology and epidemiology, was recently named president of the Nigerian Academy of Science and will assume office in January 2021. She is the first female president in the Academy's 43 years of existence. The Conversation Africa's Wale Fatade asked Professor Olanike K. Adeyemo, a fellow of the Academy, to provide some context and background.

What does Professor Braide's appointment mean to fellow female scientists?

The appointment shows that it's possible to overcome the implicit bias, opinion and attitudes that prevent women from getting into the leadership positions they deserve. It can be likened to the proverbial “breaking through the glass ceiling”. At times, what holds women back is themselves because Nigerian society has drilled into everyone that such roles are reserved for men. She has therefore set a precedent that makes it easier for women to aspire to and attain distinguished leadership. Professor Braide is an example for women in every sphere.

What barriers are there against female scientists in Nigeria?

Women in science do seem to find it difficult to be recognised and achieve academic excellence. This is particularly true in sub-Saharan Africa, due to cultural limitations and bias. Within the Nigerian environment marriage, parenthood and other gender-assigned roles – such as primary caregivers for the elderly – take precedence over career and education.

Women are also confronted with challenges common to all researchers. These include poor infrastructure, access to cutting-edge research tools and funding to carry out research. Additionally, early career female researchers don't have many female role models for motivation and mentorship.

What does Professor Braide bring to the job?

Professor Braide studied zoology at the University of Ife (now Obafemi Awolowo University, Ile-Ife). She went on to obtain her master's degree and doctorate in parasitology at Cornell University.

She has a distinguished track record of scholarship and leadership in parasitology and is credited with major contributions to the eradication of guinea worm in Nigeria. She has contributed significantly to improving global public health, especially in the area of infectious diseases.

She has been the vice-chancellor of two universities: Cross River University of Technology in Calabar, Nigeria (2004-2009), and Federal University in Lafia , Nigeria, where she was the first incumbent in this post (2011-2016).

She is confident in her leadership role and experienced in the issues facing higher education institutions and academics. I have found her to be an approachable person who supports younger women, graciously gives advice when asked, seeks input in conversation, listens to others and is not condescending in manner.

She speaks several languages and is firm, tenacious and goal-oriented.

One of her most important strengths is her ability to identify the right people to co-opt for tasks. Being a leader includes communicating your vision effectively, earning the respect of others and deploying the right people to drive the vision. She has these skills in spades.

I look forward with excitement to her leadership. She clearly has the capability to lead, innovate and take the Nigerian Academy of Science to the next level.