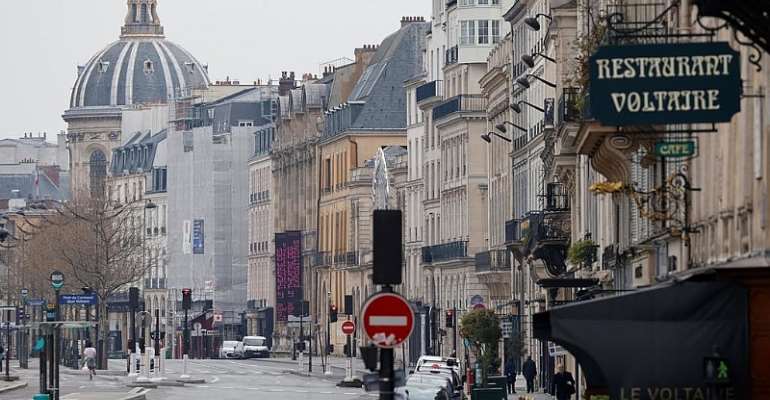 A man has been jailed in France for repeatedly violating strict anti-coronavirus lockdown rules, which have seen 359,000 fines issued countrywide as the outbreak death toll continues to mount, authorities said Wednesday.

Police Minister Christophe Castaner warned residents to write off any travel plans for school holidays starting this weekend, promising to punish any unwarranted movement as the country continues to evacuate dozens of critically ill patients from hospitals in overstretched areas of the country.

The Ile-de-France region, with Paris at its core, saw its first evacuations Wednesday as the outbreak which started in the east of France takes an ever-heavier toll on the capital.

Twenty-four patients were sent from Paris to Brittany in northern France in the morning on a high-speed train, fully equipped as a hospital on tracks, with 12 others to follow on a second train later.

A third of the 499 deaths registered in France in the previous 24 hours had been from Ile-de-France, the government said, with the countrywide death toll now at 3,523.

Only deaths in hospital are counted towards the official tally, which excludes people who passed away in old age facilities or at home.

To date, the government has evacuated nearly 300 patients from hospitals in hard-hit areas of the country to lesser burdened ones, and some to Germany, Switzerland and Luxembourg. Austria said Wednesday it would take three patients from eastern France.

Lockdown breaker jailed
As the medical crisis escalates, a court in Calais in the country's north sentenced a 20-year-old man to two months in prison after he was caught eight times without the self-certified document all residents are required to show if they leave the house for critical business.

This can include essential shopping, going to the doctor, walking the dog, a quick jog, and going to work for those in critical fields.

In Paris on Tuesday, a court sentenced a 22-year-old man to 105 hours of community service, also for repeatedly violating the lockdown.

Castaner said some 5.8 million checks have been carried out and 359,000 fines issued since the lockdown started on March 17, and stressed that leaving on holiday was not allowed under the lockdown rules that have confined millions of children at home with schools closed.

Even with train and plane traffic slashed to a minimum, authorities fear a holiday exodus and the minister said controls will be stepped up on the roads and at train stations and airports.

"Confinement is a strain for families, I know, but we must stand strong," he said.