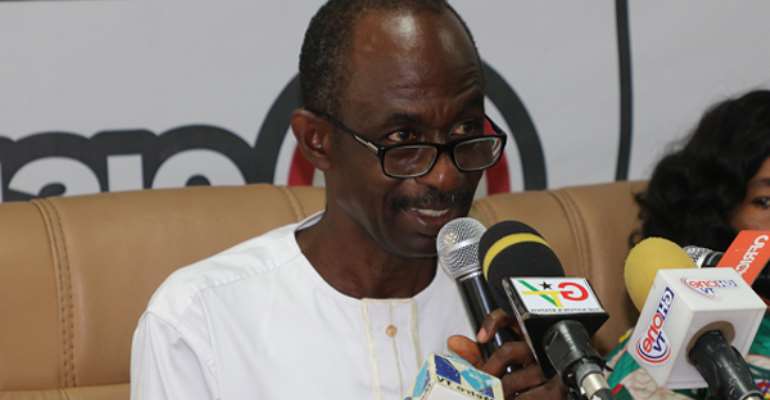 A few weeks ago we had cause to state that the National Democratic Congress (NDC) would palpably politicize the Covid-19 pandemic.

A few who are yet to understand the political grouping constituting the opposition saw it as a piece of derision.

Covid-19 eventually saw the former President jumping out of his burrow where he has been since the Airbus episode made landfall.

An NDC Covid-19 committee was set up, a rival body to government's and now the General Secretary of the party coming out clearly, warts and all, to tell the world that their party would continue to politicize the unfortunate pandemic unless the President and his team undergo a coronavirus test.

What the NDC failed to realize is that they are preparing the grounds for the stigmatization of persons who test positive.

Testing positive while it does not constitute a death sentence is not suggestive of the fact that engagement in a negative conduct was responsible for the  outcome of the lab probe. The NDC is also discouraging those who manifest symptoms from calling the attention of the medical team created to deal with such conditions.

For the NDC anything which would inure to their interest should be applied regardless of its dismal effect on the overall national picture.

We were right when we commented on our editorial 'See Who Are Praying' when the party organized a charade of a prayer session. It was more of a political campaign latched on faith with a social distancing element as a cover.

God cannot be mocked. Whoever attempts doing so would end up getting possessed and singing like a canary bird as the party scribe is doing. A plan to politicize a subject such as Covid-19 is one which should have been treated like a secret stuff, classified, knowledge of which should be restricted to 'who matters basis in the hierarchy of the party'. Unfortunately though as fate would have it they have spilled the beans unwittingly and we are the wiser about the people we call the opposition.

Should the NDC be ever trusted? Of course no: they lack the qualities for such a consideration.

To pray and fast and turn round to engage in iniquities of such magnitude is rich and eye-opening.

As the days elapse we would see more of the NDC and wonder whether we should not pray and fast for them to change their colours.

Their conduct goes beyond Machiavellian tactics. God save Ghana from Coronavirus and of course NDC.