Letter To My “Law” “Ness” Mayor Of Tamale

By The Tamale Boy 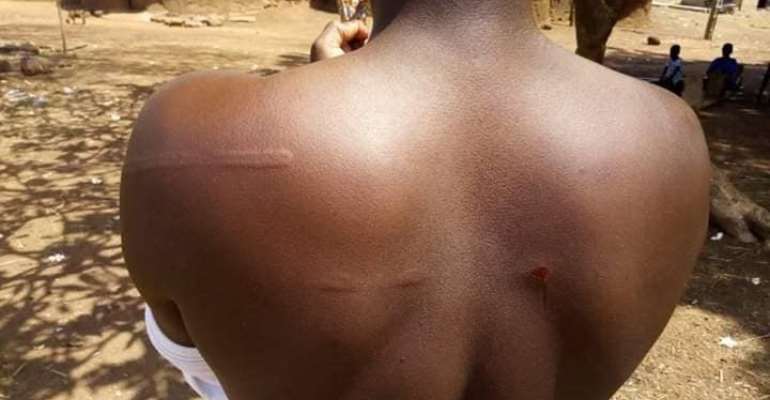 This should have been a love letter but to be honest and straightforward, it is just another romantic letter to bring your notice to some of the “I abide by the laws”. As an indigene of Dagbon and a citizen of Ghana under the laws of Ghana who has the right to exercise one of my rights through this letter by expressing my feelings about your leadership style in Tamale, I wish to state that, you’ve let the office your represent down and should offer an unqualified apology to the people of Tamale.

Hon. “Superior”, some few days ago, I happen to chance upon a video via one of the television stations’ in Tamale and your response to the unfortunate incident under your watch was shameful. I need not remind you that, you are subjecting the innocent people of Tamale to inhuman treatment which must be condemned in all manner.

Per the president’s address on Friday, I never heard him mentioning Tamale as part of a lockdown neither did I hear H.E ask his subjects (which includes you) to use force in the fight against COVID 19. You are abusing your powers as the MCE of the Tamale Metropolitan Assembly and must call yourself to order. Pursuant to section 12 (3) of Local Governance Act, 2016 (ACT 936) which establishes the Assembly also mandates it to perform among other functions;

“In co-operation with the appropriate national and local security agencies, be responsible for the maintenance of security and public safety in the district;”. Hon. Superior, reflecting on this act, how would you honestly grade yourself? There are concrete evidence showing how your task force abused the rights of people through physical violence (beating them) for not abiding by an order of the President which was less than 12hrs and was yet to take effect.

As a public worker who is being paid by the same people you look down up and abuse them, how do you feel? Do you go home feeling accomplished?

(2) No person shall, whether or not he is arrested, restricted or retained, be subjected to -

(a) torture or other cruel, inhuman or degrading treatment or punishment;

(b) any other condition that detracts or is likely to detract from his dignity and worth as a human being.

FUNDAMENTAL HUMAN RIGHTS AND FREEDOMS under the constitution of Ghana (1992)

(1) All persons shall be equal before the law.

(2) A person shall not be discriminated against on grounds of gender, race, colour, ethnic origin, religion, creed or social or economic status.

Hon. Superior, giving references to the constitution, I urge you to tell the people of Tamale where in this constitution you have abided by. This isn’t the Tamale you knew for the Tamale you grew up in gave youths who know what they are about. Hon. Superior, there was an instance where you spoke about your life in the UK and this has got me worried to see you act in manners that you never witnessed while in the UK. Do you remember the Deputy Mayor of London Ray Lewis under Boris Johnson? Why did he resign? That is what we call a true statesman.

This isn’t just a romantic letter to you but it is a reminder that your bold statements on live TV claiming a Facebook user can’t take you up for undermining the constitution through the abuse of citizens isn’t true. You are not above the law and should you be taking to the court which you may win because of political influence, I want to remind you that, there are courts to appeal. We may be silent Mr. Hon. but we are not dumb. Have a reflective moment with this letter and God Bless our homeland Ghana.

Latest Photo Reports
Catch up with all the political quotes from our politicians.
Advertise here
More Letter
ModernGhana Links
Letter To The National Peace Council Through All Ghanaians
Open Letter Speaker Of Parliament Of Ghana over the authority of the Ashanti Regional Minister for the Deployment of Military to Ejura
An open Letter to Mr. Kofi Adams
Open Letter To The Mce Nominee For West Gonja -Hon. Karim Musah Kusubari...
An open letter to the President Akufo-Addo: Social justice and the development dilemma in Ghana: Why ends are not meeting
Open letter to Hon. Henry Quartey
An Open Letter To The National Chief Imam
A letter to the National Chief Imam, H.E Sheikh Nuhu Sharabutu
Adjei Boakye writes: An open letter to Mensah Thompson
TOP STORIES