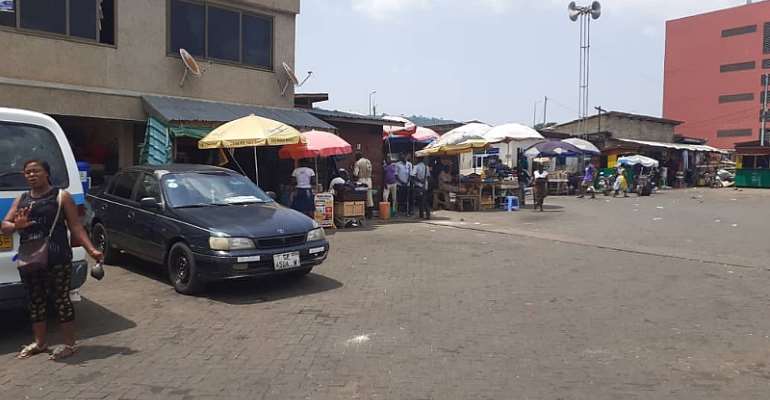 Transport operators in the Volta Region have closed down bus stations for Accra and Kumasi routes.

This development comes after the President directed a partial lockdown of Greater Accra including Tema, Kasoa in the Central Region and Greater Kumasi for two weeks.

The Accra and Kumasi stations have remained empty since the lockdown came into effect with buses grounded.

Although the GPRTU and PROTOA station officers at the Ho-Accra station refused to speak on record, it was detected that they had closed down the Accra, Ashaiman and Madina stations in particular.

A similar action was taken at the Kumasi Station.

A Metro Mass driver who plies the Ho- Koforidua – Kumasi route said “We are at home. We are all not working on any of our routes including the Accra and Kumasi routes.”

The MMT driver who gave his name as Akyea noted that even the Koforidua route has also been affected by the lockdown because it is the Kumasi bus that serves that route as well.

The station officers nonetheless revealed to DGN Online that after the announcement of the lockdown last Friday evening, traffic from Accra and Kumasi into the region increased considerably.

A ticketing personnel of the GPRTU station at Madina who gave his name as Sammy said, “Saturday 28 and Sunday 29, March, 2020 was very busy for us. We run out of buses and left some of the travellers stranded.”

He said over 200 buses going to the region: Ho, Hohoe, Aflao, Akatsi, Kpando among others transported a lot of people who he believes were trying to avoid being caught in the lockdown.