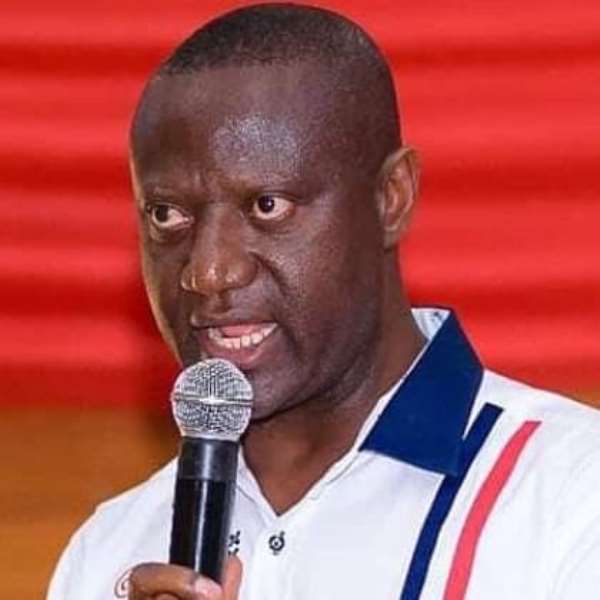 He says he tells a lot of lies.

He has therefore advised Ghanaians not to give him a listening ear whenever he speaks.

Mr. Asiedu Nketia without any evidence said on live radio programme In Accra yesterday that the President and his entourage that travelled to Norway about a month ago have since contracted the Covid-19 disease and said they should be tested.

“We [NDC] will not stop politicizing the issues until Nana Addo and his appointees are tested and make public their result just as other leaders in the world are doing. They are all exposed to the virus…the government cannot say our first case was recorded on March 12th. It is a palpable falsehood if government claims so…because evidence abounds that it was way back before that (in February)….,” he said.

Mr Konadu Addo who was on the same platform with Asiedu Nketia fought back and lambasted the NDC man for peddling falsehood about the President and his government.

“Asiedu Nketiah doesn't have anything to say that's why he is still holding up to this 'dead' issue. It's been over a month since the president returned from Norway and he hasn't shown any sign of contracting the disease, making what Asiedu Nketiah is saying baseless,” he said.

Jeff Konadu went on and asserted that what Asiedu Nketiah needs to do is to pray so this deadly pandemic can be eradicated from the country as it has halted many activities and not to be throwing dust in people's eye.

“If you can't praise the government for its enormous effort towards the growth of the country, you don't have to cause fear and panic for it isn't healthy. Also, Ghanaians shouldn't pay attention to Asiedu Nketiah for he is a pathological liar.”

The NPP secretary said he was part of the President's entourage that toured Norway because he lived there and his family is settled there.

“The time we went to Norway, they hadn't recorded a single coronavirus case. It was a weeks after our visit that the disease started spreading in that country. We arrived in Ghana on February 27, 2020. It was on March 3 2020, that Norway started recording their first coronavirus case after a Norwegian doctor returned from Italy after a holiday trip.”

He also urged them to follow the directive given by the president and the health authorities to stay at home to prevent the spread of the disease.