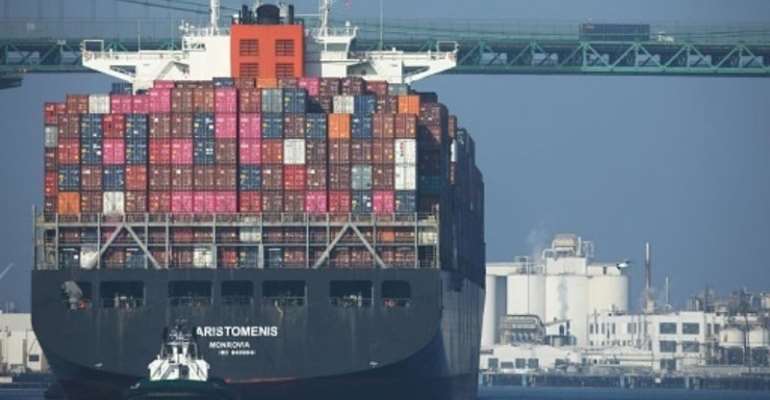 The shipping industry must be prioritised as new restrictions surrounding the response to the Covid-19 pandemic come into force and start to hamper the delivery of food and medical supplies, according to maritime bodies.

“I urge a practical and pragmatic approach, in these unusual times, to issues like crew changeovers, resupply, repairs, survey and certification and licensing of seafarers,” said International Maritime Organization Secretary-General Kitack Lim in a video statement. He called on countries to not disrupt the flow of commerce by sea.

Other international organisations have also sounded the alarm. “The irony of the situation is that governments that are dependent on the transportation of essential goods by sea, that will aid their citizens ability to get through this unprecedented crisis, are some of the same governments that are denying seafarers the right to go home and are restricting crew changeovers,” according to an open letter released by the International Transport Workers Federation (ITF), a trade union.

“The ITF are calling on the vital role of seafarers in this extraordinary crisis to be recognised, and that they be treated as 'key workers', regardless of their nationality,” it adds.

Some 90 percent of all goods worldwide have been transported at some point via sea, according to the International Chamber of Shipping.

Port protocols varied
The difference in various port protocols on the African continent alone are extremely varied, according to North, a UK-based international marine insurer that has logged the various guidelines that must be followed.

In France, boats coming in to port will be dealt with on a case-by-case basis, while Egypt reports no disruption in the Suez Canal, reports North.

Mauritania, Morocco and Port Sudan in Sudan are exercising strict ship curfews; Liberia's Port of Monrovia is operational, while Libya's maritime border is closed for the next three weeks with a potential to extend the closure.

Mozambique's Matola and Maputo ports have prohibited any ship waste from being discharged; all waste must be incinerated aboard the vessel over fears that waste could spread Covid-19.

IMO chief Lim said he would be consulting with shipping and ports leaders worldwide in order to “develop sensible, practical and unified solutions.”

Even within port countries, the process for dealing with ship cargo varies. Australia, the United States, and India all operate their ports locally, says International Chamber of Shipping Communications Director Stuart Neil.

“When they began lockdowns in India, for example, the ports closed and people found that they had no food,” Neil tells RFI via videolink.

“We had to work with the Indian governments, and also with the provinces -- we're finding out that you have different arrangements in different parts of one country,” he adds.

Seafarer safety is crucial
In the midst of trying to apply special regulations to ports, and make sure everyone is applying similar policies, sailors working on transport vessels are getting caught in the middle.

Most ports in Africa are preventing any crew from disembarking or from making any crew changes.

“We have problems with having crews trapped -- our colleagues in the Philippines are trying to repatriate 30,000 Filipino seafarers, and hotels aren't accepting them. We're trying to sort out those issues,” says UK-based Neil.

“Even in the UK there's over 1,000 Indian seafarers trying to get repatriated. With the flights shutting down, it's just difficult to get people moving,” he says.

“It is vital that the world's seafarers are granted exemptions from travel bans when joining or leaving their ships, in order to keep the world's maritime supply chains functioning,” according to the statement by the ITF.

While International Chamber of Shipping's Neil says there have been a few unconfirmed reports of seafarers who have contracted Covid-19 off the coast of Singapore, many workers are on the high seas for up to 10 months at a time and have not been exposed.

“In fact, they are most at risk from people from the land side coming aboard ships and affecting them, rather than the other way around,” he says.

Other seafarers have not been allowed ashore for essential non-Covid-19 medical treatment after falling ill, which is another crucial issue, he adds.

Most sailors have extended their time on the ship, including those who have been onboard 24/7 for 10 months, because they have nowhere to go or transport to get home.

“They are getting paid for it, but fatigue will kick in, and we are working with Seafarers Unions and aid organisations to provide best practices and we're working with satellite companies to expand broadband to provide coverage to the ships,” says Neil, discussing the welfare of sailors.

“There are mental health issues that we're concerned about. We are trying to support them as much as we can,” he adds.

Some positives on shipping front
According to ClipperData, a risk analysis company, the amount of time for transporting grain and discharging the cargo has not increased. In March, grain shipments from France to sub-Saharan Africa have taken 23 days on average, says Olivia Liu, senior agriculture analyst for New York-based ClipperData.

“Though shipments from Argentina to Africa for March at 42 days are longer than normal, overall Argentine exports to sub-Saharan Africa this crop year have been overwhelmingly high compared to normal,” she tells RFI.

Grain destined for sub-Saharan Africa comes from both North and South America, the European Union, Russia and Ukraine.

Wheat imports to the African continent as a whole have been at a higher in the first quarter of 2020 as compared to last year's vessel data, says Liu, adding that contracts between buyers and sellers have been considerable since July 2019, the start of the crop year.

If there was a slowdown in shipping grain or a spike in prices due to Covid-19, the continent would be able to handle this, says the senior agriculture analyst.

GHS Beg Striking Nurses To Consider COVID And Return To Work...
21 minutes ago