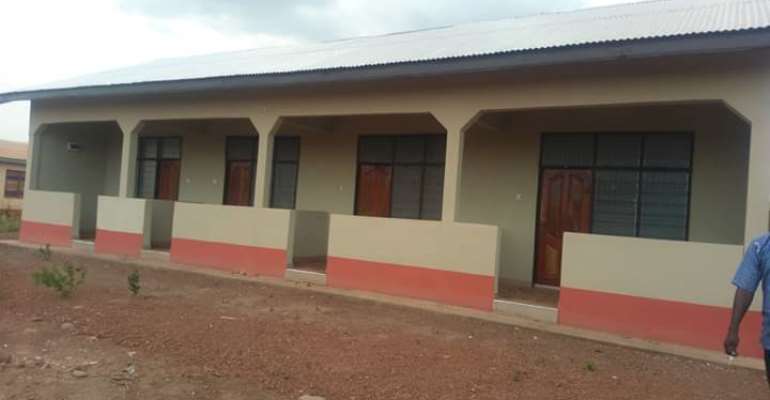 The Savannah Regional Minister and Member of Parliament for Salaga South Constituency, Adam Salifu Braimah has handed over a newly constructed accommodation block in the East Gonja Health Directorate for use as an isolation center for suspected Covid-19 case.

The Minister also presented reusable, disposable and other Personal Protective Equipment (PPEs) worth thousands of cedis to the Salaga government hospital.

Speaking at a short ceremony to handover the facility to the East Gonja Municipal Health Director, Mr. Salifu said, the conversion of the facility into a holding center became necessary to position the Municipality better in the fight against the pandemic.

"It is better to have all these facilities available now so that we are not taking by surprise," he stated.

He stressed that the general public has a greater percentage of avoiding any spread by simply adhering to basic precautionary measures.

Mr. Salifu also presented some veronica buckets, sanitizers, basins, soaps among others to some institutions and communities.

The East Gonja Municipal Health Director Gertrude Yentumi on her part said the handing over of the holding center was timely.

She also applauded the Minister for the donation of the PPEs which she said will save the shortage of PPEs in the hospital.

"We are relieved by these items because our staff were at risk," she emphasised.

Meanwhile, seven persons who recorded high temperatures and were quarantined at the Salaga government hospital have been discharged.

This became necessary after they recorded normal temperatures.

Medical Superintendent of the hospital Dr Prosper Luri said, authorities have asked them to report in case of any unusual feelings.