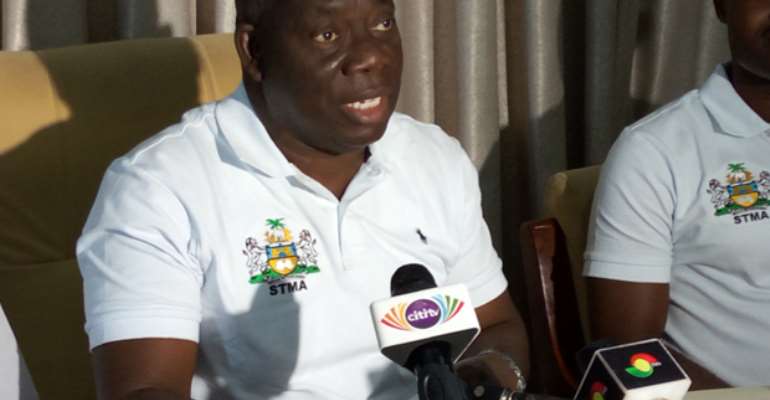 The Sekondi- Takoradi Covid-19 Rapid Response team in collaboration with the Metropolitan Guards has detained 73 children who were roaming about in the twin city.

The Metropolitan Chief Executive, Anthony KK Sam had advised parents and guardians to get their children off the streets, markets and other public places in order not to put them in danger in the wake of the covid-19 pandemic.

He warned that any child found loitering in the city for no apparent reason would be detained and fines imposed on their parents or guardians.

He explained that leaving children on their own and on the streets could undermine efforts to curtail the spread of the disease in the country.

Those arrested were found selling in and around the various markets and transport terminals in the metropolis.

The team arrested 32 of the children at the Central Business District of Takoradi while the remaining 41 were arrested at the Kojokrom Market, near Sekondi.

Those arrested at Kojokrom, were detained at the Kojokrom Methodist Church while those arrested in Takoradi were sent to the All Saint Anglican Church.

DGN online gathered that some few minutes after the arrests, scores of parents rushed to the two holding centers and pleaded for clemency for their wards.

Public Relations Officer of the Sekondi-Takoradi Metropolis, John Laste told journalists that particulars of the children who were arrested and their parents were taken and were cautioned before the children were released

“We have warned the parents that if their children are arrested for the second time, they will be arraigned in court,” he said.

He stressed that the team would continue the operation at the other markets within the metropolis adding “It will continue until there is a high level of compliance”.